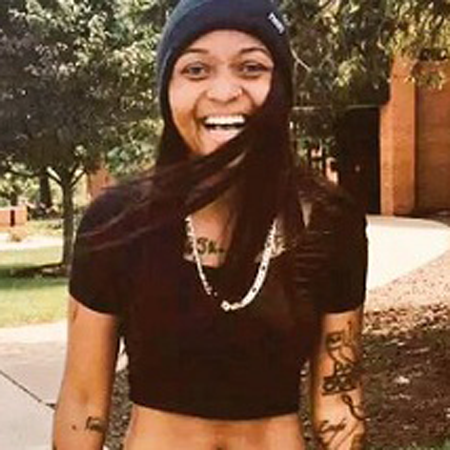 Domo Wilson is an American internet celebrity, comedian, and singer. She is best known for her Youtube Vlogs, Pranks, and short videos. Domo Wilson runs her own YouTube channel named Domo Wilson.

Domo Wilson was born to American parents on 24th June 1994 in Chicago, Illinois. Her real name is Dominique. She grew up along with her four brothers and one sister. She grew up in Chicago, but later her family moved to Valparaiso, Indiana.

Apart from that, there is no information available on social sites regarding her educational background and parents name.

Domo Wilson began her career as a social media artist and sooner created her own YouTube channel named under Domo Wilson in 2010 and started to post vlogs, cover song, and funny videos. However, Domo Wilson rose to fame after doing the short-video since 2014.

Baby rushed to the doctors’ video

Domo Wilson is also a singer and songwriter. Since 2015, she started singing cover songs and gained more popularity and fame. After huge appreciation from her fans, she also released her single songs like It’s Cool and Real, Come Through and For You.

Additionally, Domo Wilson is also a talented instrumentalist. Her videos include day to day reaction, teens problem, student problem and much more which is entertainment as well as educational.

After her relationship with Crissy Danielle, they created joint accounts on various social media platforms which gained her more recognition.

The duo created two YouTube channel named Domo and Crissy and Domo and Crissy Vlog. Besides that, Wilson performed live music all over the United States of America. They have more than three million subscribers together in their channel and their highest views video is EMOTIONAL LIVE IUI #BabyDomo of 4.1 million.

Domo Wilson is openly a lesbian. She came to know about her sexuality at the age of six. However, she started loving and having more feelings for girls when she reached 7th grade.

On 12th October 2010, Domo Wilson told her sexuality to her mother through a letter, and luckily in response, her mother readily accepted her.

Domo Wilson got engaged to her then-girlfriend Crissy Danielle. They first met during freshman year of the high school and started to date each other. In July 2016, Domo announced that she was pregnant through the sperm bank and got engaged in September 2016.

22, Domo, gave welcomed her first child Domonic Cristopher Wilson on 14th March 2017. During the birth, the baby was healthy and was 7 pounds 15 ounces and 20 inches long.

Domo Wilson earns the good sum of money in her career. Her videos on her YouTube channel has an average view of 300 thousand through which she obtains a decent amount of money. She also earns from several advertisements, her channel has a yearly income of $220 thousand. Domo and Crissy have more than 1.47 million subscribers.

Additionally, her secondary Vlog channel along with her fiancee has 850,000 subscribers which draw an average income of 30,000 monthly. In 2017, the couple’s net worth is estimated to be around $550,000. Having good sources of income, there is no doubt that she is living a lavish and luxurious life. Recently in 2017, she bought a well-luxurious apartment in Chicago city.