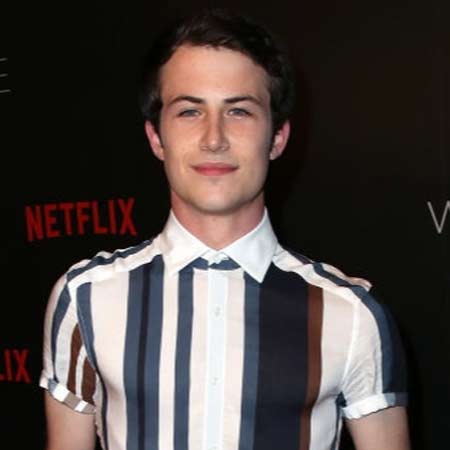 Dylan Minnette is an American actor as well as musician better known for portraying the role of Clay Jensen in the Netflix drama series, 13 Reasons Why. Furthermore, he has also starred in Let Me In, Prisoners etc.

Minette appeared in 13 Reasons Why along with Katherine Langford, Alisha Boe, Devin Druid and others. Minnette is currently in a relationship with girlfriend, Kerris Dorsey. Scroll down to know more about Minnette’s early life, career, awards, achievement, net worth, salary, house, cars, properties, relationships, affairs, marriage, children, and divorce.

Dylan Minnette was born on 29th December 1996, in Evansville, Indiana. He is the only son of Robyn Maker-Minnette and Craig Minnette. Minnette later moved to Champaign, Illinois and lived there for five years.

However, he later moved to Los Angeles in order to pursue his acting career. Till date, Minnette hasn’t revealed his education background.

Since his early days, Minnette developed his passion for music and acting. Minnette started his modeling and acting career at the age of seven and worked in several commercials. At the age of eight, Minnette made his acting debut through the television series Two and a Half Men. Likewise, his other television appearances include,

Currently, Minette appears on the series 13 Reasons Why as Clay Jensen since 2017. Similarly, he made his movie debut through Game of Life in 2007. Since then, he has appeared in numerous movies like,

The 21 years old multi-professional, Dylan Minnette is not married yet. However, he is currently in a relationship with an American actress and singer Kerris Dorsey. The duo starred in movies including Alexander and the Terrible, Horrible, No Good, Very Bad Day, playing the role of siblings.

Minette and Kerris began dating in 2014. They are often seen hanging out together and also shares adorable pictures of each other on their Instagram.  Although they are dating they haven’t mentioned any plans of getting engaged or married.

Besides this, Minnette was also rumored to be dating his co-actress Katherine Langford of 13 Reasons Why but none of them confirmed it.

Since long, Minnette has been working in the field of acting and has appeared in several movies and television series. Furthermore, he is also a singer and musician. Minnette earns an astonishing amount of money from his multiple profession.