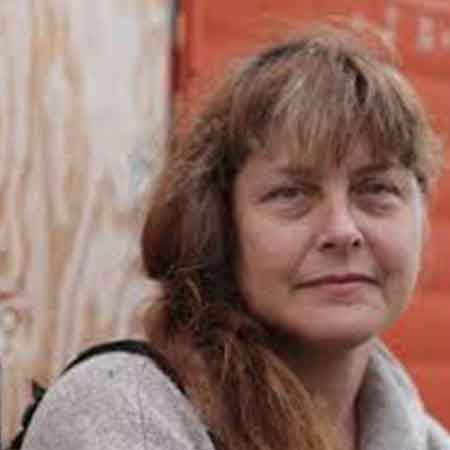 Edna Korth, ‘The Last Alaskans’ star is a television personality, better known for as the spouse of Heimo Korth. The couple came to fame after their lifestyle was featured in the book entitled The Final Frontiersman: Heimo Korth and His Family, Alone in Alaska’s Arctic Wilderness in 2004.

As of 2019, Edna Korth has an estimated net worth of $100,000. Similarly, her husband Heimo Korth has a net worth of $200,000. Further, the couple has three beautiful daughters named Millie, Rhonda, and Krin. They had a daughter named Coleen, who died in a river accident.

Want to know how rich is Edna Korth as of 2019? Here are the earnings and salary!

As of 2019, Edna Korth has a decent net worth of $100,000. Many of us might not know that she spent the majority of her life in the wild woods and mountains far from the modern world.

She got the opportunity to come in front of the world as a reality TV star when Half Yard Productions decided to follow a few families who live in the Arctic National Wildlife Refuge in Alaska and make a TV show on them. The TV show originally aired on Animal Planet and is currently a part of Discovery Channel.

Talking about her husband, Heimo Korth is also a television personality. As of now, he has an estimated net worth of $200,000. As a teen, he left a blue-collar life, as a welder in Wisconsin to become a mountain man in Alaska.

Well, it is common for Hollywood celebrities to live a luxurious lifestyle. Meanwhile, talking about the Korth family, they have a very simple style of living. Further, there isn’t any record of the family owning an expensive property. Pretty Decent? isn’t it?

The 65-year-old, Edna Korth is married to Heimo Korth. Wanna know how they met the first time? Well as per sources, Heimo Korth first met his wife Edna in Yupik village in St. Lawrence Island. After some time they began fell for each other and eventually got married. 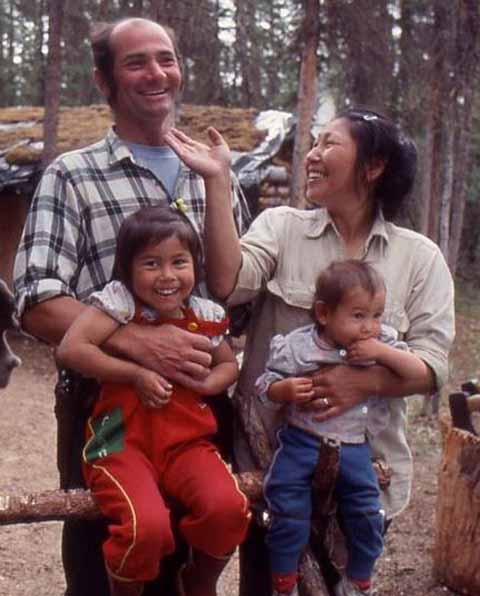 However, Edna had a daughter called Millie from her first marriage. Similarly, on May 29, 1982, Edna and Heimo had their first daughter Coleen Korth.

Edna and her husband Heimo Korth were blessed with their first baby daughter, Coleen Korth. They had named her, after the Coleen River. Unfortunately, a tragic incident took Coleen’s life in 1984. She was just two years and five days old when she drowned in a river accident. The family never discovered her body.

After Coleen, the couple has had two other daughters named; Rhonda Korth and Krin Korth. Their youngest daughter, Krin, is a firefighter and is married to a Marine officer named Scott. Edna and Heimo are now grandparents to two kids – a girl and a boy.

CAPTION: Edna Korth with her husband and children
SOURCE: Pinterest

Korth and her spouse are still together since their wedding and are going strong in their relationship. All of their family members have featured in some television shows. They currently reside in Arctic National Wildlife Refuge along with their kids.

They are successfully maintaining their profession as well as family and there are no any sights of their divorce and other affairs. Other than this, there are no rumors of Korth’s other relationships.

Edna Korth was born on January 24, 1954, in the United States. However, she hasn’t revealed any information about her parents and siblings yet. Korth belongs to American nationality. Furthermore, her educational background is also yet to be known.

You may like: Ashley Selden Biography, Career, earnings, and personal life!

Regarding her career, Edna Korth is a television personality. Korth and Heimo gained wide recognition after their lifestyle was featured in a book The Final Frontiersman: Heimo Korth and His Family, Alone in Alaska’s Arctic Wilderness by James Campbell in 2004.

Here’s a video featuring recent activity of The Korth Family!

Along with her family members, Korth has starred in the series The Last Alaskans. Similarly, Otto Kilcher and Bob Harte also appear in the show along with them. For the first time, the show was aired on May 25, 2015. It featured the lifestyle of four families living in Arctic National Wildfire Refuge in Alaska.