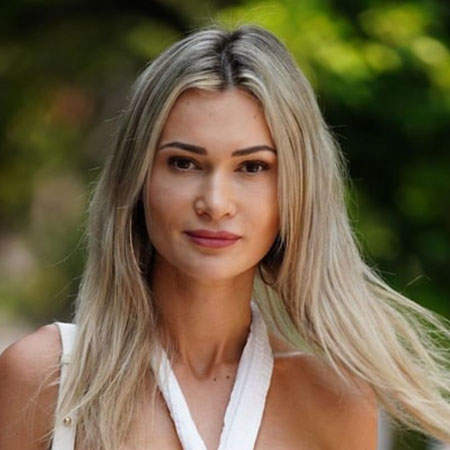 Ela Rose is a Romanian singer of dance music who is predominantly attributed to her songs such as, Lovely Words, I Can Feel and No U No Love. Her original name is Manuela Chereji.

Ela Rose was born on January 4, 1990, in the city of Stei, Bihor to a Romanian parent. She is a graduate of Avram Iancu National College. Likewise, at present, she studies journalism at private college.

Rose started singing since her early childhood. In the beginning, she sang school choir, festivals, parties and music competitions. Following her passion, later Rose’s dream came true after David Deejay, music producer offered her to record a play in his studio.

In that respect, she made her career debut releasing a single I Can Feel. The song became hit after it was broadcasted on the Vibe FM. In the same way, that song earned “The Piece of the Year 2009” and was also broadcast in several European Countries including the Ministry of Sound Playlist.

In 2010, the gorgeous Rose released her second single named, No You, No Love featuring Adi Colceru and DJ Gino Manzotti. Subsequently, a year later she released Lovely Words which became popular in Bulgaria, Serbia, and Greece.

Youtube: Ela Rose & Gino Manzotti’s song No U No Love.

Similarly, In Greece, it became No. 1 for four consecutive weeks at one of the most popular Greek radio stations, Heat Radio.

Some of her other singles are, I’m afraid, If you were leaving, You own my heart and Sevraj. Currently, she seems working on her upcoming songs and soon she might be releasing it.

Currently, Ela Rose has kept her personal life away from the limelight. She seems to be living a single life as there is no any sign of her getting involved in affairs. Neither there are any rumors or news of her relationship.

Ela Rose has released numbers of singles such as, I Can Feel, No you, No Love, If you were leaving and so on. Besides acting, she is also active on her Instagram. As of 2017, her net worth is under review but she seems to be making money at thousands of dollars.