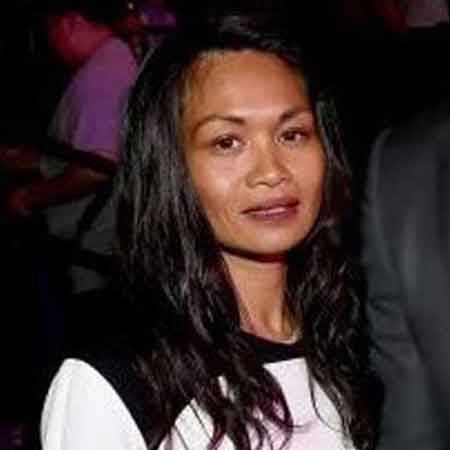 Elaine Chappelle is the wife of an American stand-up comedian, Dave Chappelle. Moreover, Dave is also an actor, writer, and producer known for his roles in The Nutty Professor, Con Air, You’ve Got Mail, Blue Streak etc.

Elaine Chappelle was born on 31st August 1974 in the Philippines. Her birth name is Elaine Mendoza Erfe. Her parents were Philippino immigrants who immigrated to the United States shortly after her birth, with the hope of building a better life for their children. She belongs to an American nationality. However, Chappelle hasn’t revealed any information about her educational background.

Initially, Elaine Chappelle dreamed of being a chef. But after getting married to Dave Chappelle and having kids, her path changed. Chappelle briefly appeared in a backstage segment of The Age of Spin: Dave Chappelle Live at the Hollywood Palladium 2017. Well, there is no any information about her profession.

However, her husband Dave is an American stand-up comedian. Moreover, he is also an actor, writer, and producer. Dave began his acting career in 1993 appearing in Mel Brooks’ Robin Hood: Men in Tights as Ahchoo.

Elaine Chappelle is married to an American stand-up comedian Dave Chappelle. The couple tied the knot in 2001. As per the source, Chappelle was initially hesitant to date Dave. The duo is blessed with three children, a daughter Sonal Chappelle and two sons Sulayman Chappelle and Ibrahim Chappelle.

Prior to their wedding, Dave changed his religion to Islam but Chappelle is still Christian. Although having different religions the duo has successfully managed their relationship. Since their wedding, Chappelle and Dave have maintained a peaceful relationship without facing any rumors of divorce. Besides this, Chappelle hasn’t dated any other guys.

As far there is no any information about the professions of Eliane Chappelle. So that, she doesn’t have the income sources and her net worth is also still unknown. However, her husband Dave has an estimated net worth of $42 million.

Chappelle currently resides in a 65-acre ranch in Yellow Springs, Ohio along with her husband and children. The house features three bedrooms and three-and-a-half baths situated in the area of 3,154 sq ft.