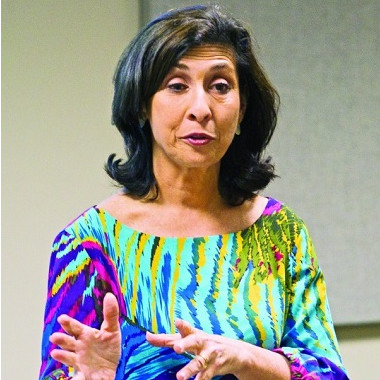 Judy Jarvis Award-winning author and reporter, Ellen Ratner is a regular Fox News contributor and a frequent guest speaker, who is mostly known for her appearance on The Long and Short of It, and The Strategy Room. Currently, Ratner is working for Talk Media News as their White House Correspondent and Bureau Chief.

Ratner was born in Ohio, Cleveland on 20th June 1950. She grew up along with two brothers Bruce Ratner, an NYC-based developer, and Michael Ratner, a human rights attorney. Ratner went to Goddard College in Cleveland, and she later gained her Master’s degree in Education from Havard University.

During her time at South Shore Mental Centre, she joined the Addiction Recovery Corporation (ARC) as a Consultant on Program Development in 1984. From 1985 to 1991, Ratner served as Vice-President of Research, Development, and Service at the ARC and as Director of its Research Foundation.

In 1993. Ellen Ratner worked the White House Correspondent and Bureau Chief for The Talk Radio News Service, where she has covered the White House and provided exclusive reports to talk radio stations from the Congress and government agencies. She worked there until 2015. 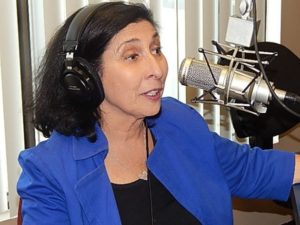 Ratner is a news analyst on The Fox News Channel. She has seen on “The Strategy Room” and is heard on over 400 radio stations across the United States. She was the only talk show host granted two interviews with President Bill Clinton. 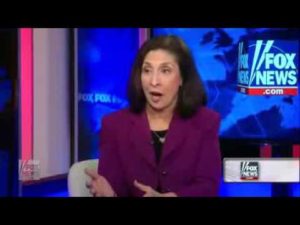 In addition, she has trained many groups in use of radio, television and Internet media. From the talk media industry, she has received the Judy Jarvis Award as Woman of the Year and was recently honored with the Henry Gruenwald Public Service Award from Lighthouse International for her community service work.

Ratner wrote the book named The Other Side of the Family: A Book for Recovery from Abuse, Incest, and Neglect published by Health Communications in 1990. In February 1997, Ratner published “101 Ways to Get Your Progressive Ideas on Talk Radio,” published by National Press Books and Talkers Magazine. Ready, Set, Talk! A Guide to Getting Your Message Heard by Millions on Talk Radio, Talk Television, and Talk the Internet (2006). In 2011, she co-authored Self Empowerment: Nine Things the 19th Century Can Teach Us About Living in the 21st.

She was executive producer of “Voices from Mississippi” which won the New York Festival’s radio award for the talk radio interview/special category in 2006. With Cholene Espinoza, Ratner has been developing a post-Katrina community center and public swimming pool in Pass Christian-DeLisle, Mississippi. The Marsha Barbour Center pool is the first part of the project opened in 2009. It is the first public swimming pool in a thirty-mile radius built since segregation ended.

Ratner was a Woodrow Wilson Visiting Fellow from 1998-2001. Ratner also serves as the chair of the marketing committee for Lighthouse International in New York City. In the past, she has served on the Board of Trustees of Goddard College.

Ellen Ratner is openly lesbian/gay and is married to Cholene Espinoza in 2004, whom she met in 2002. Espinoza was the Air Force U-2 spy plane pilot and as of now, she works as a commercial pilot for United Airlines. Espinoza never discussed her lesbianism while she was in Iraq, but since the publication of her book, she realized it’s not an issue for the soldiers with whom she is still in touch. 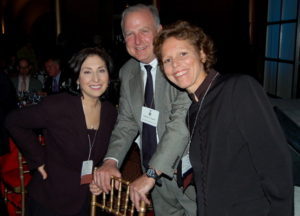 Ellen Ratner (left) and her partner Cholene Espinoza (right) with Charles “the BF” Francis, in 2007
Source: Band of Thebes

Ratner believes that enabling straight and gay people to get to know each other and be present in each other’s lives, families and communities is a key to overcoming homophobia in society. Work like this is opening doors, opening people’s hearts to the diversity of all kinds.” “Gay people need to be effective communicators in non-gay organizations so people will be exposed to gay people,” she advises. “Be involved as human beings in the fabric of our communities, as well as in gay organizations.”

Ellen Ratner’s has an estimated net worth of $1 million. Her main income flos from her various honourable positions like political analyst and a journalist for Fox News, the Washington Bureau Chief for Talkers magazine and from writting