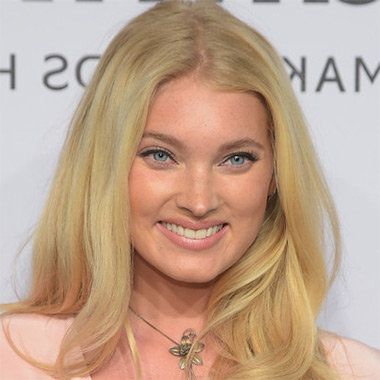 Elsa Anna Sofie Hosk popularly known as Elsa Hosk,was born on 7th November 1988 at Stockholm, Sweden. She introduces herself as a Model who is currently engaged in Victoria’s Secret Angle. She has been modelling for different brands Like Free People, H&M, Guess, Dior, Ungaro, Dolce & Gabbana and Lilly Pulitzer. She was seen regularly on an annual fashion show of Victoria’s Secret from 2011 to 2015. She is a professional basketball player as well. She used to play in Sweden. She appeared in Subdivision of PINK as well and has been modelling for many other uncountable brands.

Elsa Hosk's father being very supportive about her career, Submitted her photographs to different Modelling institutions in Sweden when she was at her teenage, just 13. And she began her modelling career at the age of 14 only. She did some modelling when attending her high school but she felt studies are more important so she concentrated more on her studies. After completing her graduation, she started  making her name as a basketball player. She later felt that sports in Sweden don’t have the facility to take it as a profession. So she left basketball for modelling. She was offered to model so she traveled to New York City to pursue her modeling career. And make it her full-time job. Media exaggerated much about her being famous after she modelled for Victoria’s Secret but she adds about the work with the photographer Ellen von Unwerth during her modelling period on Guess. She was declared on the 15th number of the Top Sexiest Models by a site models.com. Having attractive body figure and charming face have helped her to be photogenic and photographers love to work with her.

“I think I always have the same style. But if I see a trend long enough, I might catch on to it. But it has to be around for a while for me to warm up to it”

Elsa Hosk belongs to Swedish family background, a daughter of mother Marja and father Pal. She was not the only child to her parents; there were two younger siblings of her's. Hosk has been supporting anti-human-trafficking organization, FAIR Girls. A movie “The Whistleblower” influenced her and aroused interest on supporting FAIR Girls. The movie dealt with the issues of sex trafficking. Hosk has involved herself in various anti-girl trafficking campaigns.

Talking about her, Elsa Hosk is blessed with the beauty. Her blonde hair and the blue eyes can trap anyone. Her well-maintained tone body makes her curves more visible. The lady with the body measures on 31-23-35 with the height being 1.77 m which is approximately 5ft 10 in has increased her fan followings immensely. She looks stunningly hot with her bikini on. She looks glamorous, sexy and what not. Heard she is single currently but the lady was no single earlier she was dating Andreas Kleerup. Their relationship remained from 2008 till 2012. Then the couple broke up for some personal reasons. Yet the rumour about lady was heard that she was in a relation with Chord Overstreet and Chad Faust. For latest updates tune unto her social profiles.