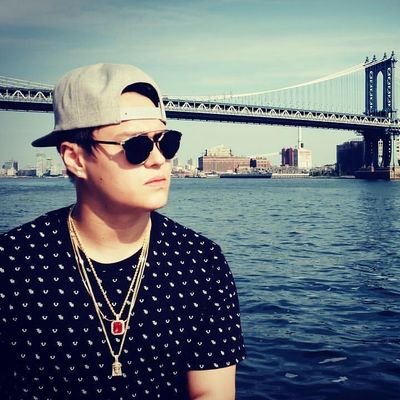 RAWR Awards winning Filipino actor and dancer, Enrique Gil is widely recognized for his role as Alexander “Xander” Grande III on the television series “Forevermore“. Having in this entertainment industry since 2008, he has appeared in various movies and television shows.

Enrique Mari Bacay Gil V was born on March 30, 1992, in Cebu, Philippines. His father, Enrique Amadeo Gil III is of Spanish descent. His mother  Barbara Anne Bacay is of Filipino, German, and Spanish descent. Both of his parents used to work as flight attendants for Philippine Airlines.

Enrique Mari has two siblings named, Enrique Javier (Javy) and Diandra Frances (Andie). He completed his primary education from the Montessori De Manila. Moreover, it is a private institute inside the BF Executive Village (Venice Street) in Las Piñas.

After completing his secondary education from Manresa School, he went to San Beda College Alabang to continue Information Technology. But he determined to put his studies on hold because he desired to concentrate on his acting career.

Currently, Enrique Mari is attending in the Business Management program under the Pearson HND Programme leading to Top-Up Degree with De Montfort University (DMU) UK. Enrique Mari is a cousin of Paul Salas and is also related to Dingdong Dantes.

Enrique Mari began his acting career at the age of 16, playing Eco model on the TV series “I Love Betty La Fea ” in 2008. Then, his cameo appearance led him to enroll in commercial modeling and musical theater workshops conducted by Trumpets.

After appearing in the TV commercials, such as Lewis and Pearl’s ad, alongside Coleen Garcia, he landed his first television role in the action-drama series “Pieta” where he played Harold in 2008. After starring several films and TV series, in 2011, he made his appearance in the Philippine remake of the original 1997 TV series “Mula Sa Puso” playing Michael Miranda.

From 2011 to 2012, Enrique has featured in the Philippine drama television series ” Budoy” where he played Benjamin “BJ” Maniego along with the stars such as Gerald Anderson and Jessy Mendiola.The series was written by Philip T. King and Arlene Tamayo and directed by Ruel S. Bayani.

In 2013,  Enrique Marias cast as a Francis Dela Vega in the Philippine melodrama television series “Muling Buksan Ang Puso.” The series was created by Ma. Regina Amigo and Rondel P. Lindayag. Then, he was cast in the romantic drama television series “Forevermore” from 2014 to 2015, which was directed by Cathy Garcia-Molina. He starred as the rebellious, broken hotel company heir Alexander “Xander” Grande III who falls in love with a simple farmer girl, Maria Agnes Calay, played by Liza Soberano.

Then, Enrique Mari appeared in the teen romantic comedy-drama film “Just The Way You Are“, starring as Drake Sison with his co-star, Liza Soberano. The film was directed by Theodore Boborol and written by Maan Dimaculangan-Fampulme and Ceres Helga Barrios.

My Ex and Whys

In 2017, Gil appeared in the romantic comedy-drama film” My Ex and Whys” opposite Liza Soberano. The film was directed by Cathy Garcia-Molina.

The story is about a former Playboy Gio (Enrique Gil) tries to prove he’s a changed man to his ex-girlfriend Cali (Liza Soberano) who is a famous blogger named “Bakitlist” but Cali test if he’s really not a playboy anymore but things didn’t go as planned.

As an established singer, Enrique Mari released a debut dance album under Star Records entitled King of the Gil. In 2014, he launched his single “Do The Moves” with Sarah Geronimo and apl.de.ap. He has also released songs such as “Shine, Pilipinas!”3 (2015), “Thank You for the Love”4 ( 2015) and much more.

Enrique Mari was in a relationship with actress, Coleen Garcia in 2010 but after dating around one year the two ended their relationship in 2011. Then, he was also rumored to be dating Bangs Garcia and Kathryn Bernado.

Enrique Mari is currently dating an actress, Liza Soberano. On January 2015, Gil admitted that he has feelings for his leading lady, Liza Soberano and is willing to wait until she turned 18 and allowed to have a boyfriend. Later on, he confirmed that they have an exclusive relationship.

In 2016, the actor admitted in an interview on Tonight with Boy Abunda that they already treat each other as boyfriend and girlfriend. However, Soberano clarifies that they are not official yet, but the two said they would get there when the right time comes and the parents of the young actress already allowed them.

The 5′ 10″ holds a ?Filipino nationality and belongs to multiracial ethnicity. Enrique is also active on social networking sites Twitter, Facebook, and Instagram. He has a jaw-dropping 3.36 million followers on the site.