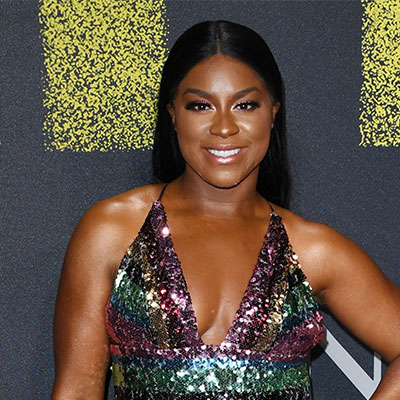 Ester Dean is an American singer, songwriter, producer, and actress who is famous for her chart-topping single “Drop It Low” featuring, Chris Brown. Dean has written songs for many popular artists. She made her acting debut in the movie Pitch Perfect as Cynthia Rose and has since reprised the role for the sequels.

As for her personal life, Dean seems to be single at the moment. She has not been linked with anyone and keeps here dating life relatively private. Nevertheless, she has set the record straight that she is not a lesbian like her on-screen persona of Cynthia Rose.

Ester Dean was born as Esther Renay Dean on 15th April 1986, in Muskogee, Oklahoma. She was raised in Tulsa Oklahoma as the youngest of five children by her single mother, Hester. Her family was not very well and she had to face a lot of problems including bullying.

As a result, Dean learned to channel her pain into music since a young age and found solace in creative writing.

Later, Dean and her sister, Deandria moved to Omaha, Nebraska at the young age of 15 leaving their siblings back in Tulsa. Dean then began singing in every studio and writing for local producers and rappers. Regarding her nationality, she is an American. Her ethnicity is black.

Ester Dean eventually moved to Atlanta, Georgia from Omaha to try her luck in the music industry at the age of 20. Her break came when music producer, Tricky Stewart overheard her singing in a Gap concert.

Stewart was impressed by her mezzo-soprano range and songwriting skills as well. He signed her to a small publishing deal that allowed her to learn various skills and connect with other known writers and producers.

Dean later relocated to Los Angeles, California. She eventually met with Polow da Don and got signed to Zone 4 Records/Interscope Records. She released her first single Drop it low featuring Chris Brown which peaked at number 38 on the US Billboard Hot 100 in 2009.

Dean’s big break came when she collaborated with producers Stargate for Rihanna‘s “Rude Boy”. She went on to write other songs for Rihanna including What’s My Name, Where Have You Been. She also wrote Katy Perry‘s Firework, Nicki Minaj‘s Super Bass and co-wrote Nicki Minaj’s Pills n Potions.

With such hit songs on her bag, Dean was named The Song Machine by John Seabrook in The New Yorker article. Dean has also written songs for artists like Beyonce, Britney Spears, Christina Aguilera and more. She also produced Rihanna’s 2010 album Loud fro which she has received four Grammy Award nominations.

Also read: Beyonce on a Date Night with Jay Z some weeks after the Birth of Twins

Aside from music, Dean has worked as a voice-over artist for movies like Ice Age: Continental Drift (2011) and Rio (2011). She also tried her hand at acting.

She made her acting debut through the movie, Pitch Perfect where she played the role of a lesbian woman named Cynthia Rose Adams. She reprised the role for two more sequels. She starred alongside: Anna Kendrick, Brittany Snow, Anna Camp, Elizabeth Banks, Adam DeVine in the movie.

Ester Dean earns a good sum of money in her career. Allocating information from several sources as of 2018 it is found out that her current estimated net worth is around $24 million. The source of her income is her music, songwriting, voice-overs and acting.

Her movie trilogy, Pitch Perfect earned a total of $354 million worldwide. She must have gotten a handsome payment for the role.

Ester Dean House and their Worth

Furthermore, Dean has a house in the Oxford Triangle section of Venice laid on 2203 square feet area. She has listed the house on the market for a value of $1.349 million. Recently, in 2018, she also listed her Malaga Cove of Palos Verdes Estates for $3.5 million.

The singer-songwriter has made a fortune from her music career. She lives a lavish lifestyle. Dean is still active in he career. So, we can assume her net worth will increase in coming days.