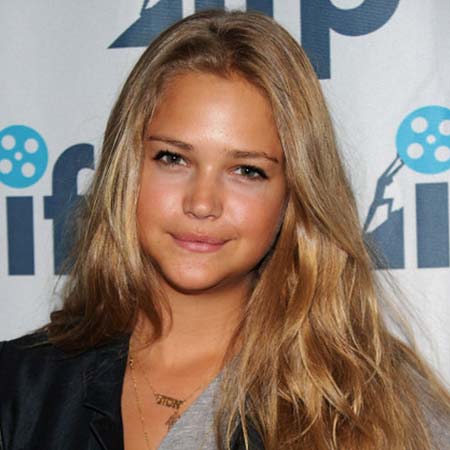 Esti Ginzburg is an  Israeli fashion model as well as a TV personality. She has modeled in international campaigns for brands like Burberry, FCUK, Pull and Bear and Castor. Likewise, she was also featured in the Sports Illustrated Swimsuit Issue in 2009, 2010, and 2011.

Also listed among the top ten highest paid models in Israel, Ginzburg has millions of fans around the globe who love her work and want to know more about her personal life. Today, we will talk about Esti’s net worth, career, love life, and awards. Keep scrolling to know all the details.

Esti Ginzburg was born as Esther Daphna Ginzburg on 6 March 1990 in Tel Aviv, Israel. She is the daughter of Arieh Ginzburg (father) and Adrian Walter-Ginzburg (mother). Esti’s father is an architect while her mother is a doctor, specializing in geriatrics. Similarly, her grandfather was an engineer involved in the original planning and construction of Tel Aviv.

The 28 years old model is of Ashkenazi Jewish descent and holds an Israeli nationality. For her high school study, Esti attended the Ironi Yud Alef High School in Northern Tel Aviv. On 22 July 2009, she began her military service in the Israel Defense Forces. While serving as an Israeli soldier Esti stated that:

Military service is part of the things I personally believe in

Is Esti Ginzburg Married? Who is her Husband?

Yes, Esti is a married woman. She is married to her husband Adi Keizman, a real estate investor. After dating for several years the couple walked down the aisle on 8 June 2012 in presence of limited friends and family. 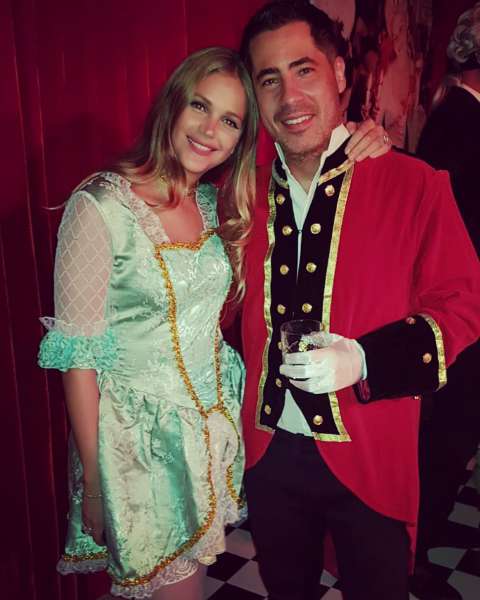 Esti and her husband are the parents of a child a son Rafael Yehonatan, born in Feb 2015. Observing her social media account especially Instagram it seems like the couple is enjoying each other’s company and living a happy life.

Moreover, the husband and wife never miss wishing each other on the occasion of Valentine’s Day, birthday or other special occasions. On May 6, 2018, Esti shared a picture with her husband and wished him on his birthday with a beautiful caption:

Happy birthday to the love of my life, my one and only

As of now, Esyi Ginzburg is enjoying her married life. Besides on 18 December 2013, Ginzburg’s father sued her for allegedly failing to pay him money owed for a house he sold to her and her husband. She has no longer a relationship with her father.

Esti Ginzburg began her modeling career at the age of eight featuring in the milk advertisement. When she became she signed a contract with the largest modeling agencies Elite Models.

Later in 2006, she signed a two year deal with Israeli firm Fox and featured on the cover of French Elle. Likewise, Ginzburg also became the face in the international campaigns for brands like Tommy Hilfiger, Burberry, FCUK, Pull and Bear, and Castro.

In addition, the Israeli fashion model Esti also played in some movies. In 2010 she played in the American-French action drama teen film Twelve alongside Rory Culkin, Curtis Jackson. Likewise, she also starred in the American anthology comedy film Movie 43.

Esti Ginzburg Net Worth in 2019; How much does she Earn?

Esti Ginzburg, who was listed as the top Israeli model in 2011, has an estimated net worth of $2 Million as of 2019. She has earned a decent amount of money from her acting and modeling career as she has played in the few movies and also became the face of a fashion brand.

Being featured in the Sports Illustrated Swimsuit Issue for three consecutive years, Esti was able to establish herself as one of the most popular models in Israel and the world beside Gal Gadot.

Moreover, Esti has a huge number of followers on her Instagram more than 300k as of May 2019. Due to which she has landed endorsement deals with several companies brands. She can be seen promoting brands like asafbabo, lirazagam, NikeWomen, Noga Tamir, and many others through which she receives a good paycheck.

Esti Ginzburg’s age is 28 as of 2019. Ginzburg has a tall height of 5 feet 8 inches and weighs around 54 kg or 119 lbs. Likewise, the beautiful Esti has well maintained her body and she has a banana body shape.

Her body measurement is 31B-24-36 inches and her bra size is 31B. In addition, she has an attractive pair of Green eyes and has blonde hair.