Everything You Wish to Know about Philip Rivers

An American football quarterback for the Los Angles Charges of NFL, Philip Rivers is the fifth-best all-time among NFL quarterback with at least 15,000 passing attempts. He’s been in the NFL since 2004 and also has played QB for the San Diego Chargers.

Alabama born Philip is also known to be a work-horse as evidenced by his professional and collegiate durability. Here are five other things you may not have known about Philip River. Just stick with us:

Everything You Wish to Know about Philip Rivers

Philip Rivers was born on December 8, 1981, in Decatur, Alabama. During his childhood, he dreamed of being a musician as well as a basketball player. And when he was in fifth grade, he had a project in which he had to make a poster about his dream and aspiration. And guess what?  Philip pasted his face over that of Minnesota Vikings player.

It’s true that the NFL player, Philip is best known for his playmanship since 2004. He also has been awarded the NFL Comeback Player of the year, NFL competition percentage leader and much more.

Philip met his wife, Tiffany when they went to junior school together in 1994. When Philip saw Tiffany for the first time, he knows that she was the one for him. The couple started dating in 1994.

They were together for five years, and Philip asked his coach that if he would be fine with the player getting married. They tied the knot in 2001.

Youtube: Everything You Wish to Know about Philip Rivers

The couple is blessed with eight children together, and without any doubt, we can say that they share a huge family. Tiffany gave birth to her first child, a baby girl, Halle in the year 2002.

After the birth of their first daughter, the couple welcomed other six children in the family: Sarah Catherine, Gunner, Grace, Rebecca, Peter, and Caroline. And in the year 2015, the couple added the 8th child, Clare in the family.

In the year 2010, Philip and Tiffany formed a new foundation named “River Hope Foundation.” The main objective of this foundation is to help foster children to find their permanent families. But in 2013, they closed the foundation. 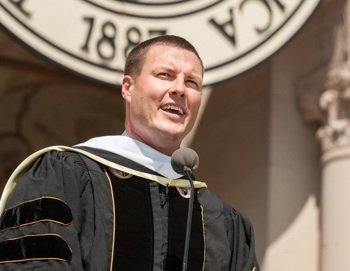 Well moving towards his net worth, it is estimated that he currently has the net worth over $50 million. He owns a beautiful plot of land and building at Santaluz development. He paid USD$3.299 million dollars.