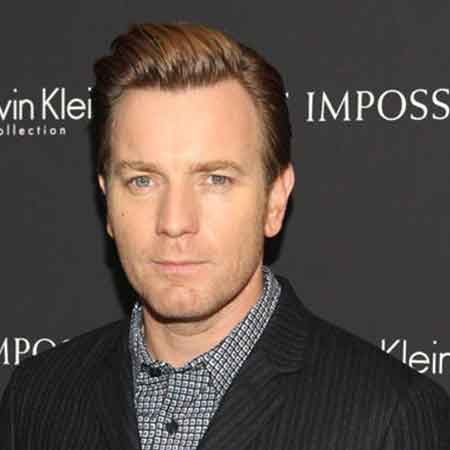 A Scottish actor, Ewan McGregor is well-known for portaying in the different science-fiction movies, independent dramas, and musicals. He outstanding performance in the third season of FX anthology series Fargo earned him Golden Globe Award for Best Actor.

Ewan married to Eve Mavrakis in 1995. They met each other on the set of Kavanagh QC but after 23 years of martial relationship the couple ended their relationship in divorce as Ewan was found out having relationship with Mary Elizabeth Winstead.

Ewan was born as Ewan Gordon McGregor on 31st March 1971 in Perth, Scotland. He was born to father, James Charles Stewart “Jim” McGregor, a retired physical education teacher, and mother, Carol Diane, a deputy head teach. He grew up and raised along with his older brother Colin in Crieff.

McGregor attended the independent Morrison’s Academy in Crieff and studied drama at Kirkcaldy College of Technology after completing school. While studing a foundation course at Kirkcaldy College, he also worked as a stagehand at the age of 16. Afterward, he study drama at the Guildhall School of Music and Drama.

Six months Before completing graduation from Guildhall Drama School, Ewan got chance to feature in the television series Lipstick on Your Collar in a leading role. He made his movie debut from Being Human in 1994 and his performance in the thriller movie Shallow Grave won him an Empire Award the same year.

Furthermore, McGregor also featured in the British film Little Voice as the lead role and also portrayed the young Obi-Kenobi in Star Wars: Episode I – The Phantom Menace. He also featured in Down With Love, Big Fish, Young Adam, The Island, Stormbreaker, Miss Potter, Beginners, The Impossible, Beauty and the Beast, etc.

Despite acting, Ewan has been involved in different charity and served as an ambassador for the UNICEF UK since 2004. He was also appoined as an Officer of the Order of the British Empire in the 2013 New Year Honours for his services to drama and charity.

Furthermore, McGregor also received the BAFTA Britannia Humanitarian Award in 2016. He travelled different countries around the world such as Ukraine, Kazakhstan, Mongolia, India, Nepal, the Republic of Congo, and made documentary for BBC2 as well.

Ewan outstanding acting skills won the heart of millions of people as well as several awards and nominations. He was ranked number 36 as “The Top 100 Movie Stars of All Time” on Empire magazine’s in 1997.

Ewan married to his long-term girlfriend, Eve Mavrakis, a French-Greek production designer. The couple met each other on the set of Kavanagh QC and tied the knot in 1995. The couple welcomed three children together and adopted one from mongolia.

Ewan and Eve named their children as Clara Mathilde McGregor, Esther Rose McGregor, Anouk McGregor, and Jamyan McGregor. While McGregor was in a marital relationship with Eva, he had extra-marital affairs with an actress Mary Elizabeth Winstead.

Mary and Ewan met each other on the set of Fargo in season 3. Due to having affairs, McGregor and Eva filed for divorce in September 2017 . After 23 years of martial relationship the couple ended their relationship in divorce which was finalized on 19th January 2018 due to citing irreconcilable differences.

Morover, McGregor is also involed in different social work and is also working as an ambassador for the UNICEF UK through which he receives a decent amount of money as salary. Allocating information form several sources as of 2018 it is found out that Ewan McGregor current estiamted net worth is around $37 million.