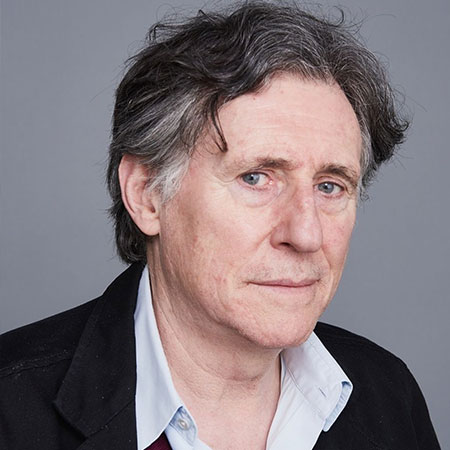 Two times Emmy Award-nominated, Gabriel Byrne is an Irish actor best known for his role in the American HBO drama movie, It Treatment. He is also a film director, film producer, writer, cultural ambassador and audiobook narrator. Also, he has won several awards including a Golden Globe Award.

Currently, Gabriel is in a marital relationship with Hannah Beth King. Previously, he was married to the actress, Ellen Barkin, and shares altogether three children.

Gabriel James Byrne akes Gabriel Byrne was born on 12th May 1950 to Dan and Eileen (nee Gannon) in the city of Dublin, Republic of Ireland. His father was a cooper and soldier whereas his mother was a hospital nurse. Byrne grew up along with his siblings Breda, Donal, Margaret, Thomas and Marian (who died at his early age).

He went to Ardscoil Eanna where he learned Spanish and history. Later, he did his higher education in archeology and linguistics from the University College Dublin. There he used to play football with Stella Maris.

Once in an interview, Byrne claimed that he was sexually abused by a priest when he was a child. He is 5 feet 10 inch tall with the dark brown hair and light blue color eyes. His zodiac sign is Taurus. He holds the citizenship of the United States and practices Christianity.

Before Gabriel tried his luck in the acting field, he worked as an archaeologist, cook, teacher (Spanish and History at Ardscoil Eanna). And at the age of 29, he began acting in different Theater shows including Focus Theater and the Abbey Theater.

During the period, he even earned Performing Arts Course from Sandymount Dublin 4. Then in 1978, he made his TV debut in the final season of the Irish soap opera, The Riordans created by James Douglas. Next, he appeared in TV soap opera, Bracken for which he received Jacob’s Awards for best actor.

Gabriel made his Hollywood debut form the American epic fantasy movie, Excalibur which was created, directed and produced by John Boorman, in 1981. In the movie, we can see him playing the character of King Uther Pendragon alongside Nigel Terry, Helen Mirren, Nicolas Clay, Cherie Lunghi and so on.

One after another, he starred in the successful hit movies like The Unusual Suspects, Frankie Starlight, Stigmata, Weapon of Mass Distraction in 1990’s. Not only this, as a writer, executive producer, and director, he worked in the movies The Last of the High Kings, Dr. Hagard’s Disease, The Lark in the Clear Air and Somebody is Waiting.

Although he acted in several movies, TV series and theater play, End of Days turned out to be his successful hit movie that earned the overall collection of $212 million all over the world. In the film, he got an opportunity to share the screen with Arnold Schwarzenegger, Kevin Pollak, Robin Tunney and Rod Debney.

This 67-years-old actor, Gabriel Byrne has earned a huge fandom in the field of acting and has received several awards and nomination as well. He won Dingle Film Festival award for Gregory Peak Excellence in the Art of Film Award in 2008.

In 2004, looking at Gabriel’s charities activities, he was appointed UNICEF Ireland Ambassador and was once listed as one of the Sexiest Men Alive over the age of 50 by People magazine.

Talking about Gabriel’s love life, he is enjoying his marital relationship with his wife, Hannah Beth King. The husband and wife tied the knot on 4th August 2014 at Ballymaloe House with the involvement of close family members and friends. They are now proud parents of a baby girl, born in February 2017.

Before this, Gabriel was married to Ellen Barkin, on 18th September 1988 and share two children: John Jack Daniel and Romy Marion. After living nearly for twelve years, the husband and wife divorced in 1999.

Gabriel Byrne is one of the versatile actors of Hollywood industry who has spent entire life in the related field of acting. He must have paid a good sum of money from his acting profession. As of 2018, Gabriel Byrne’s net worth is $10 million.

His source of income includes acting, directing, producing and so on. Currently, he lives with his family in the city of Manhattan and owns several properties in his hometown, Dublin. He also owns a pet dog in his house which is also a part of his family.