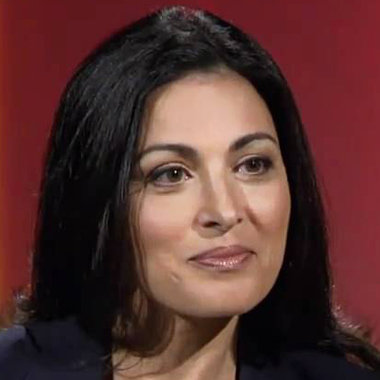 Born in 1970 in Beirut, Lebanon, Ghida Fakhry is a Lebanese broadcast journalist. She is mainly known for working for the news channel Al Jazeera English as the primary broadcaster since its launch. Striking beauty has also been the host of the award-winning documentary program, Witness.

Ghida Fakhry lived in Beirut, Lebanon until the age of six. Her parents sent her to study Le Rosey. She is a very brilliant young lady since her younger days. She was always ambitious and did work hard to earn her Master’s degree in Near and Middle Eastern Studies from the School of Oriental and African Studies at the University of London. She also has her Master of Arts degree in International Relations from the Boston University. Her English is fluent. She also fluently speaks French and Arabic and broken Spanish.

The 45-year-old beauty started to gain attention after she joined Al Jazeera English in April 2006. Ghida Fakhry first was appointed as Lead Female Anchor for the Americans Broadcast Center in Washington D.C. in 2008 she replaced Shihab Rattansi and started to co-anchor Al Jazeera English language television program with Dave Marash. Later on, she anchored Washington D.C. newscast. She then teamed up with David Foster and co-anchored 12-hour coverage of the 2008 US presidential elections. The same day she announced Barack Obama as the 44th President of the United States of America. 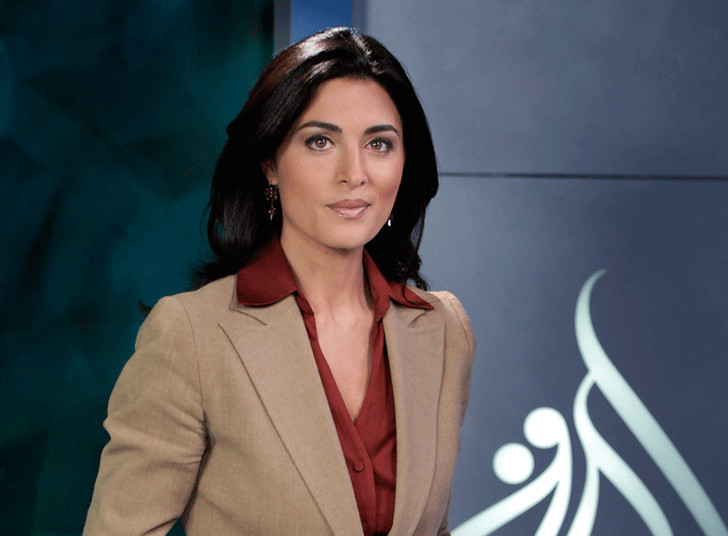 During her work in the journalism field, Ghida Fakhry got the opportunity to interview many famous personalities. Personalities like Colonel Muammar Gaddafi of Libya, President of Israel, President of Iran, President of Afghanistan, President Yasser Arafat of Palestinian and UN Secretary General Kofi Annan. She moderated the First Plenary Session of the First Forum of the Alliance of Civilizations which was hosted by the Government of Spain in Madrid. She also moderated the Market Place of Ideas at the Second forum of the Alliance in 2009.

From 2000 to late 2001 Ghida Fakhry worked for the Al Jazeera Channel as its New York Bureau Chief. During her work, she covered the attacks of September 11 and their aftermath. From 2002-2004, she worked as an anchor of the Lebanese Broadcasting Corporation-Al Hayat from London. She appeared as a guest on major US networks and also on PBS’s Charlie Rose. Ghida regularly appeared on CNN’s Diplomatic License with Richard Roth.

Beginning her career in the mid-1990’s as a political reporter, Ghida Fakhry has never turned back. The well-known personality gained popularity with the help of her talent, presenting skills and personality. She was voted as “Women We Love” by Esquire Magazine in October 2007. Fakhry was also voted as the best-known Arab news personalities outside of the Arab world by LAU Magazine.

Talking about her relationship status, Ghida Fakhry can be identified as a single woman from what we have heard. She is a gorgeous ambitious lady and is a desired woman for most of the men.