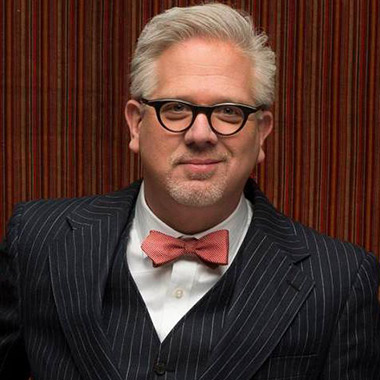 Beck was born on February 10, 1964, in Everett, Washington. His parents are descendant from German immigrants from the 19th century. His mother committed suicide on May 15, 1979. Beck had a good relationship with his maternal grandparents and he graduated 1982 from Sehome High School. His step-brother also suicides.

After graduation, he joined Radio station KAYK at Utah but leave shortly and joined WPGC in Washington in 1983 and married Claire in the same year, whom he met at WPGC. They divorced in 1994. Mary and Hannah are their children.

Following  the divorce, Glenn becomes a drug addict and discover suicidal tendencies and diagnosed with ADHD but now he is recovering. He announced that he stopped smoking weed and drinking habits. He had also been diagnosed with macular dystrophy.

Beck married Tania in 1999 and they gave birth to Cheyenne and adopted Raphe. They are now living with four children in Connecticut.

Beck used to work in KZFM until he was hired by WRKA in Louisville, Kentucky but left WRKA in 1987 due to a dispute between him and management. After that, he was seen as co-host in “Morning Zoo” program with Tim Hattrick on Phoenix Top-40 Station KOY-FM. He also left this program to work on KRBE in Houston. Glenn was fired from KRBE because of poor ratings and started working for WBSB in Baltimore. Glenn faced criticism for making Chinese-American caller and producer Alf Gatineau and his contract was not renewed.

Beck was hired by CNN to host in his name in 2006 and he gathered a large number of the audience becoming second largest viewed show. Beck was awarded Marconi Radio Award for Network Syndicated Personality. Beck was hired by Fox News Channel in 2008 and hosted Glenn Beck. He also hosted “At Your Beck and Call” which was his Friday regular segment and attracted the largest number of viewers than any other.

Glenn started a subscription-based internet TV network called GBTV and it is now among the top 25 in the United States. As an author, Glenn has written and published a bestselling book in New York for four categories including Children’s Picturebooks. His other book includes “The Real America”, “America’s March to Freedom”, “Glenn Beck Control: Exposing the Truths About Guns”, “America’s March to Socialism” and much more.

Beck was also listed in 100 most influential person in Time magazine. He is also known for his philanthropic work and political views. In 2003, he organized a rally to support American soldiers in Iraq war.

Glenn Lee Beck’s total net worth is huge $100 million and he is still making more. To know him more one can follow him on Twitter or Facebook.