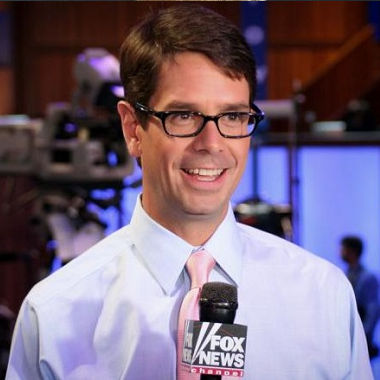 American radio and television personality, Griff Jenkins is well known for serving the Fox News Channel as a Washington-based correspondent. He is also the producer of Fox News Channel

William Griffin was born on 15th December 1970 in California, Loss Angeles, United States of America. Jenkins went to the Memphis University School in 1989. He attended the University of Mississippi, where he graduated with a B.A degree in English in 1993. After completing his graduation, Griff Jenkins interned at Congressman Don Sundquist.

Jenkins began his Journalism career at Salem Radio Network in 1996, where he produced Common Sense Radio with Oliver North, a nationally syndicated radio program. Then, he worked as an associate producer for Oliver North’s War Stories from 2001 to 2003. 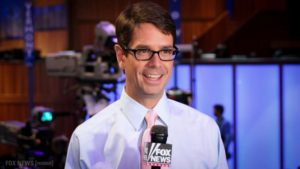 On 24th of March 2009, he reported a Tea Party event in which the protesters were planning to ‘Tea bag the fools in D.C.’ Jenkins has covered many national and international stories including the 2010 midterm election and the 2010 earthquake in Haiti, the 2012 and 2008 presidential elections, the shooting at an Aurora, CO movie theatre in 2012.

Most recently, Jenkins reported from Moore, OK in the aftermath of the deadly EF5 tornado and provided on-site coverage of the aftermath of the Boston Marathon bombings in 2013. He also contributed to FNC’s 2014 New Year’s Eve special, All-American New Year, live from New York City.

He irregularly co-hosts Fox & Friends Weekend and is a frequent guest on Red Eye w/ Greg Gutfeld, a late night news program. Griff Jenkins has worked with veteran journalists like Bill O’Reilly, Sean Hannity, and Greta Van Susteren and has appreciated them as nicest and coolest people ever.

Griff Jenkins is a happily married man. His wife’s name is Kathleen. The couple has two children named, Madeline and Mackenzie. He currently resides in Washington, D.C with his family. 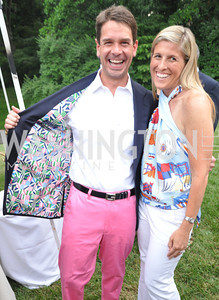 He earns his handsome salary from his journalism career, however, Jenkins has not revealed yet on social sites. Jenkins is active on social networking sites like Facebook Twitter.