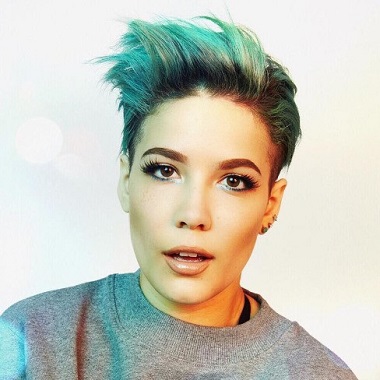 Halsey is an American singer and songwriter and best known as the featured artist on Chainsmoker’s single  Closer. She is widely recognized as a lead artist of the single Now or Never.

With a birth name, Ashley Nicolette Frangipane was born on September 29, 1994, in Clark, New Jersey, United States. Her parents were Chris Frangipane and Nicole. She belongs to Irish and African-American from her mother and father side respectively. She was fond of playing violin, viola, and cello during her childhood days. Her siblings are Sevian and Dante.

Ok this is funny. Thanks mom

Halsey suffered from bipolar disorder at the age of sixteen. She also faced financial problem from her teenage which led her to be a singer from her young age. Due to her poor economic condition, she joined community college as a creative writing major.

Halsey started her early career as a YouTuber. She used to post cover songs on youtube. Halsey gained popularity from her record songs called Ghost which was posted on SoundCloud.  She signed with Astralwerks record label and released her debut called Room 93 in 2014.

In addition, she released an album named Badlands in 2015. She did few interviews and performances to promote her music.

She is associated with The Chainsmokers single Closer which ranked as number one on the US Billboard Hot 100.

Recently, Halsey released the song named Not Afraid Anymore which became popular among audiences.  She also released her album called the Hopeless Fountain Kingdom from which Now or Never and Eyes Closed are quite popular.

Moreover, she rose to fame after featuring Justin Bieber‘s single The Feeling. As a result, she won the nomination for an MTV Europe Music Award and People’s Choice Award.

Halsey introduced herself as bisexual and biracial. However, she was rumored to be dating Australian Drummer, Ashton Irwin. Halsey and her boyfriend were spotted several times together. But, the relationship of the pair didn’t last long. 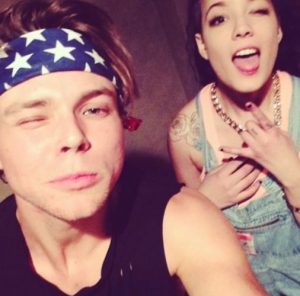 She was also in a relationship with Norwegian musician, Peder Losnegard. Again, she and her boyfriend started dating each other in 2014.

Moreover, she reveals that she is the admirer of Politician, Bernie Sanders. She compares him to Martin Luther King as well.

As an established singer and songwriter, Halsey earns an attractive salary from her profession. Her major source of income includes songs, musical tour nad various stage performances. She is successful to accumulate huge wealth. She is living a lavish life in the United States.

i can't wait to play your favorite songs from badlands & #hfk on tour! tickets are on sale now! https://t.co/wAJFHAg22q pic.twitter.com/OudJqLcOO6