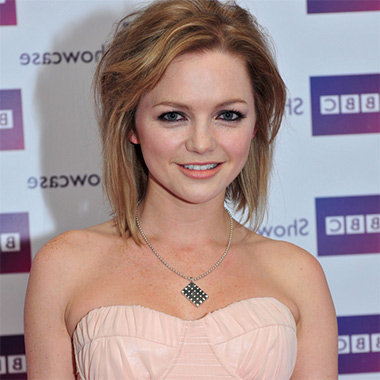 Born on April 1, 1981, Hannah Louise Spearritt is a famous English singer and an actress too. Also an original member of the pop group S Club 7 (1991), she has created her distinct place in the English entertainment industry. After the split of the group in 2003, it was too long when in 2014; the group announced their plans for an arena tour for their reunion. The tour was named “Bring it All Back 2015” which happened in the UK in May 2015. Besides her affiliation with the group, she is also known for the role of Abby Maitland in the drama Primeval.

Talking about her early life, Hannah Spearritt was born as the youngest of the three children of Michael and Jenny Spearritt. Her sister Tanya Spearritt is a former model and fashion designer and her uncle, Eddie Spearritt was a professional football player who had also played for Ipswich Town in the 1960s. She was only 3 when she had modeled in a Mothercare catalog.

Hannah Spearritt career started from the small phases of acting. At the age of 12, Spearritt got to work as a part of Annie, a production of the Lowestoft Players amateur dramatics society. Thereafter, she became the part of National Youth Music Theatre after successfully auditioning for it. During her time at NYMT, she met her future S Club member ad boyfriend Paul Cattermole and also her future flatmate, Sheridan Smith, who was an actress too. She also appeared in many of the NYMT’s productions like Pendragon, Tin Pan Ali, and the musical Bugsy Malone. In 1998, she got the opportunity to play in the television film known as “The cater Street Hangman”, in which she was a maid who gets murdered. After that, she also made her appearances on the National Lottery Show and Blue Peter.

The group S Club 7 caught a great height of fame by starring in their own television series in BBC called as Miami 7. It was in 1999 when this series was referred to as inspiration for the new generation of teenage TV shows which included “High School Musical” and “Glee”. Over the five years, S Club was together. They had four UK ‘s No. 1 singles. These were big hits throughout Europe, USA, Asia, Latin America and Africa. Altogether, they had recorded four studio albums and sold over fourteen million copies worldwide. Their first album was named S Club which had strong pop sound, a sound more famous in the 1990s. But with time, their approaches to music went on through changes and were starting to incline to more dance and R&B sound. S Club won two BRIT Awards in two categories, one was for the British Breakthrough Act and the other was for the best British single. In 2002, the pop group also bagged the Record of the Year award. But the band disbanded in April 2003.

But Hannah Spearritt never lost hope, she continued her acting journey. She played in the film Agent Cody Banks 2 in 2004. Thus she played in numerous hit movies. Moving towards her personal life, Spearritt was engaged to fitness instructor and personal trainer Adam Thomas but they split in November 2015. Since then she has been staying single.