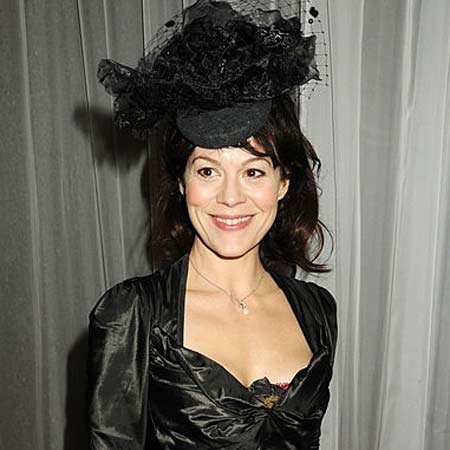 A multi-award winning actress, Helen McCrory is most known for her work as Cherie Blair in the movie The Queen and The Special. She has performed in TV series like Fearless and Peaky Blinders and has appeared in the stage play simultaneously.

Like McCrory, her husband, Damian Lewis is also a well-recognized actor. The couple shares the same passion when it comes to their profession and has well maintained their married relationship as well.

Helen McCrory was born as Helen Elizabeth McCrory on 17th August 1968. She is the eldest daughter of Anne from Welsh and Iain McCrory, a diplomat from Glasgow, Scotland. She was born and raised in Paddington, west London along with her two siblings.

Helen McCrory began her performing at the stage in 1990 with The Importance of Being Earnest, and Macbeth. In 1991 she played Lydia Bennet in Pride and Prejudice. She was given The Manchester Evening News Theatre Awards as Best Actress for portraying the role of The Bride in Blood Wedding.

The gate to success opened wide afterward and McCrory went on to play in numerous stage plays including Trelawny of the ‘Wells’, Five Gold Rings, Rosmersholm, and Medea. She garnered Shakespeare Globe Awards and Critics’ Circle Theatre Award for her work in Macbeth and Medea.

McCrory made her television debut in 1993 with the series Full Stretch and Performance. She shot to fame in 2013 playing Aunt Polly/Polly Gary in the series Peaky Blinders. Likewise, she gave the praiseworthy performance in the series such as The Last of the Haussmans, Frankenstein, Penny Dreadful, and Fearless.

In addition, McCrory has also appeared in an array of films like Enduring Love, Casanova, and The Queen. In 2010, she was cast in Harry Potter and The Deathly Hallows part 1 followed by its part 2 in 2011.

She was also seen in the movies Like Hugo, The Woman in Black: Angel of Death and Loving Vincent. In the 2017 New Year Honours, McCrory was appointed an Officer of the Order of the British Empire (OBE)  for her services to drama.

The gorgeous blonde, McCrory is a loving wife and responsible mother of two children. Her husband Damian Lewis is an English actor as well as producer is known for his work in series Band of Brothers and Homeland.

The duo tied the knot on 4th July 2007. They welcomed their daughter Manon in 2006 while son Gulliver in a year after that in November. The couple is living a blissful and contented married life in north London.

McCrory was enlisted in one of the top 10 highest paid actresses in People With Money magazine. She holds the jaw-dropping net worth of $75 million. Her main source of income is acting while she also made her fortune via endorsements, advertising work, and smart stock investments. She has well managed her lifestyle and has maintained classy and trendy composure.

Helen McCrory has her own brand of Vodka named Pure WondermcCrory and has launched a top-selling perfume Love from Helena. She is linked to a fashion line named Helen McCrory Seduction.  She is the owner of the restaurant called the Fat McCrory Burger.