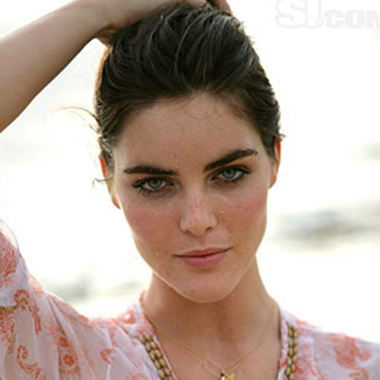 Hilary Rhoda is an American model best known for her work with the brand Estée Lauder. Moreover, she gained further recognition for her appearances in the Sports Illustrated Swimsuit Issue in 2009, 2010, and 2011.

Furthermore, she also featured in popular magazines including Vogue, Vogue Italia, Vogue Paris and so on. Rhoda is married to Sean Avery a former National Hockey League player.

How Much Net worth Does Hilary Rhoda Have In 2019? Salary, Earning

Hilary Rhoda, one of the prominent models earns a colossal sum of money from her career. To date, Rhoda has worked for popular and top modeling agencies as well as magazines and fashion lines and brands.

From the endorsement deals with the magazines and agencies, Rhoda earns a tremendous sum of money. Moreover, she adds an extra sum by advertising different products. As of 2019, the net worth of Rhoda is estimated to be $4 million.

Likewise, her spouse Sean Avery is a former National Hockey League player. From his career as a hockey player, Sean earned a decent sum of money and his net worth as of 2019 is estimated to be $8 million.

Regarding her personal life, Hilary Rhoda dated Mark Sanchez in May 2009. Mark is an American football player of New York Jets who played quarterback. Unfortunately, the couple later separated. 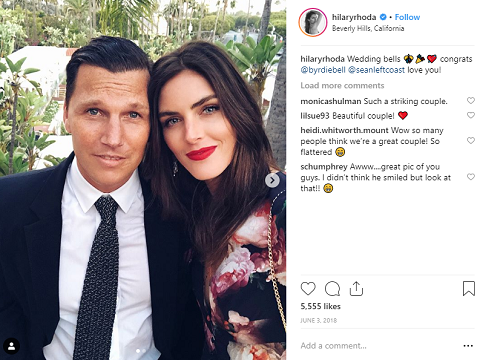 After that, Rhoda got engaged to Sean Avery, a former pro hockey player. They got engaged on 13th November 2013. After two years of their engagement, the pair decided to take their relationship to the next level and finally exchanged their wedding vows on 10th October 2015 at the Parrish Art Museum in New York.

Rhoda and her spouse Sean are married for over three years but so far they do not have any kids from their relationship. Further, none of them have mentioned any plans of welcoming a new member to their family. The lovebirds are living a happy married life with no signs and rumors of affairs and divorce.

When Was Hilary Rhoda Born? Early Life and Education

Hilary Rhoda was born on 6th April 1987 in Chevy Chase, Maryland. Her birth name is Hilary Hollis Rhoda. Her ancestry is Irish, German and English. She is a Roman Catholic. Her Nationality is American belongs to white ethnicity. Likewise, her horoscope is Aries.

Rodha attended St. Jane de Chantal School in Bethesda, Maryland. She learned ballet for 11 years and also played tennis and was the teammate of her club’s swimming and diving teams.

Moreover, Rodha was the team of field hockey for three years of her high school Holy Cross in Maryland. She was awarded for the best offensive player. She then rejects the offer from several colleges to play field hockey and she chooses to model as her career. Her first job was for clothing company working with Bruce Weber who is a world-renowned photographer.

Rhoda was featured as the “World’s Next Top Models” during the issue of American Vogue in May 2007. She signed a contract with Estee Lauder as their newest face in January 2007. Rhoda earned about $2 million in the past 12 months.

Rhoda is also the part of ERES Beachwear and Neiman Marcus spring/summer campaign 2009. She also started appearing in a nude photo shoot. She debuted in Sports Illustrated Swimsuit Edition in 2009.

On 18th November 2010, Rhoda was selected for the Hope Diamond in the Embrace Hope necklace for their 50th anniversary which was to be displayed at Smithsonian. She also appeared in 2012 Victoria Secret’s Fashion Show. Rhoda was ranked sixth as the world’s highest paid model in Forbe’s 2013. She had not played any films yet but appeared in the documentary.