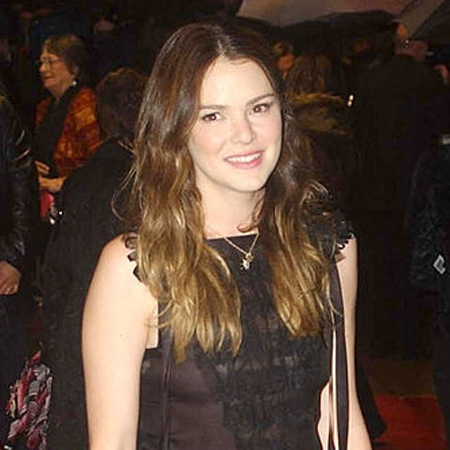 Jacinda Barrett is an Australian actress and former model. She is widely known for her role in the MTV television series, The Real World: London. Similarly, Jacinda is one of the leading characters of the series, The Following where she portrayed the role of Julia.

The gorgeous Jacinda is a married woman. She is married to American actor, Gabriel Macht since 2004. The husband and wife have two children from their relationship. Before Gabriel, she was engaged to TV host and comedian, Chris Hardwick.

Jacinda Barrett was born on 2nd August 1972, in Brisbane, Queensland. She was born to father Jerry Barrett, and mother, Lyn Barrett. Her father was an airport firefighter.

Jacinda attended the San Sisto College where she started modeling. At that time, she won the annual Dolly Covergirl contest which led her to a modeling career throughout Europe. Later on, she joined the British American Drama Academy in Oxford to study acting.

Jacinda made her first onscreen debut on the television series, The Real World: London in 1995. After two years, she then appeared in the film, Campfire Tales as a role of Heather Wallace.

Her breakthrough performance was in the movie, The Human Stain as Steena Paulsson which was directed by Wolfgang Petersen, a German Director. The following year she made an appearance in multiple television series and films including Night Man, Hercules: The Legendary Journey, The Following, Suits, Zero Hour, Art House, the Last Kiss, Middle Men etc.

Youtube: Jacinda Barrett in the television series, The Following alongside, James Purefoy

Currently, She is working on her upcoming movies, Seven in Heaven which is yet to be released. On the other hand, she ended her role, Diana Rayburn appearing 18 episodes in series, Bloodline.

The gorgeous and talented, Jacinda married to handsome American actor, Gabriel Macht on December 29, 2004. The couple is blessed with two children including a son, Luca Macht, and daughter, Satine Anais Geraldine Macht. The husband and wife have appeared together in the film, Middle Man.

Before Gabriel, she was in the relationship with Chris Hardwick, a television host, and comedian. The pair met each other on the set of ”Singled Out”. After dating for months, the couple got engaged and were planning for marriage. However, their relationship did not work out for a long time and separated. The reason behind their separation is still undisclosed.

Being the talented and gorgeous actress, Jacinda has collected handsome amount of money from her acting career. Till now, she has appeared in the numerous television series and films which has helped her to increase her net worth.

Jacinda several movies was successfully hit and earned a tremendous amount of money in box office collection. She was also a model and earned a good sum of money after promoting several brands and fashion line through she receives a decent amount of money as endorsements. As of 2017, it is estimated that her net worth around $4 million.