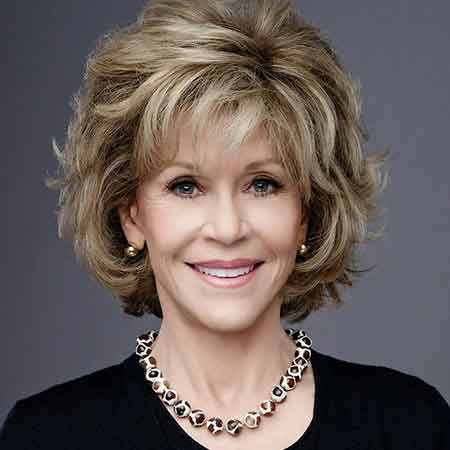 Jane Fonda is an American actress, writer, political activist, former fashion model as well as a fitness guru. Fonda was married thrice and had three children but all of her marriages ended up with a divorce.

Jane Fonda was born on 21st December 1937, in  New York City, New York, United States. Her mother Frances Ford Brokaw was a socialite and father Henry Fonda an actor. Fonda grew up along with her brother Peter Henry Fonda.

Fonda belongs to an American nationality. Her mother committed suicide when she was 12 years old. Fonda attended Emma Willard School and later graduated from Vassar College.

Jane Fonda made her movie debut through a play There Was a Little Girl. Fonda has starred in numbers of movies including On Golden Pond, Coming Home, The Chase etc. In the early 1990s, Fonda announced her retirement from the film industry.

However, Fonda returned back in May 2005 and starred in the movie Monster-in-Law alongside Jennifer Lopez. In 2018, Fonda will be starring in the movie Book Club alongside Andy Garcia. So far, Fonda has won four Golden Globe Awards, two Academy Award, and two BAFTA Award.

Jane Fonda is a divorced woman. She was married thrice and had three children but all of her marriages ended with a divorce. On 14th August 1965, Fonda tied the knot with her first husband Roger Vadim. The pair welcomed their daughter Vanessa Vadim on 28th September 1968.

But Fonda and Roger failed to continue their relationship and divorced on 16th January 1973. After that, Fonda began dating her second husband Tom Hayden. The couple exchanged their vows on 19th January 1973.

From their marriage, the duo had two children, a daughter Mary Luana Williams born on 13th October 1967 and a son Troy Garity born on 7th July 1973. Even being parents of two kids, Fonda and Tom weren’t able to continue their relationship and divorced on 10th June 1990.

Even two divorces didn’t stop Fonda from falling for a new guy. Well, Fonda married her third husband Ted Turner on 21st December 1991. For the third time, her married life didn’t last long and divorced on 22nd May 2001.

Besides this, Fonda was in a relationship with Richard Perry. The couple began dating in 2009 and was even engaged. However, the duo separated in 2017.

To date, Fonda has starred in several movies and television series. On the other hand, she has also written some books.