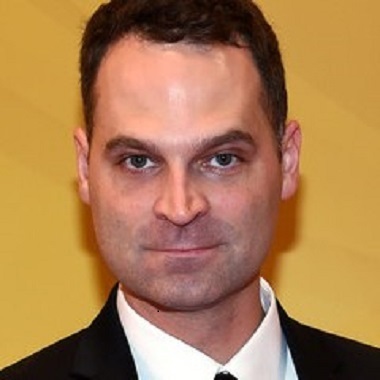 An award winner for Best Sportscaster (2011), Jay Onrait is recognized as the Canadian Television personality, best known for his work in Canadian TSN network as a Sports Anchor. He hosts SC with Jay and Dan on the Canadian TSN, network which set to premiere in Fall of 2017. His most paired co-host is Dan O’ Toole.

Currently, Jay is married with his long-term dated girlfriend, Chobi Liang, a former TSN, PR in October 2013. The couple is blessed with a daughter born in 2015. Previously, Onrait got married Darcy Mordin in 2002 but soon after marriage; they got a divorce. After separation from Darcy, he remained single more than 10 years.

Jay Onrait was born on 29th August 1974, in Calgary, Alberta. He is native of Athabasca, Alberta. He studied pharmacist at the University of Alberta in 1992 choosing the footstep of the family, but after two years he decided to quit.

Then, he got interested in broadcasting and attended Ryerson University in Toronto and graduated from the University in 1999, subjected Bachelor of Arts in Radio and Television Arts.

Jay Onrait used to work in their own family business; drugstore when he was in Canada. After graduation, he followed his dream to be a broadcaster and joined TSN, as an editorial assistant in 1996. After that, he got to be the host of the “The Big Breakfast” on the A-channel in the Winnipeg for two years.

Jay Onrait also started blogging in TSN.ca concerning pop culture. He was also the host of SportsCenter morning rush (2010) on TSN2  until October 2011.

The”Jay and Dan” podcast began when Onrait and O’Toole were at TSN, produced by Mike Gentle and  Krzysztof Mama as a board operator. This show was the number one sports podcast in Canada. Some of the memorable episodes of the show were “Big City Ken” and  “Stranger Danger.”

Jay Onrait as an Author

Jay is also an author, released two books, “Anchorboy”(October 1, 2013) and Number Two: More Short Tales from a Very Tall Man (October 27, 2015). Those books were best selling books in Canada and also released in paperback in November 2016.

Jay Onrait got married at his early age. He married his wife Darcy Mordin in 2002 but soon after marriage; they got a divorce. After separation from Darcy, he remained single more than 10 years. However, he found a love again.

Jay married his long-term dated girlfriend, Chobi Liang, a former TSN, PR in October 2013. According to the source, it is reported that they used to go on a romantic date before the wedding. The duo is perfectly matched and also blessed with a daughter on 27th May 2015.

The family-oriented, Jay is a happily married man. He possesses good personality with the height of 6 feet 6 inches. He belongs to Canadian nationality.

Jay is serving as a journalist for more than two decades. As he is continuously working in media as presenter, host, sports director and also an author, his economic condition is sound. He has maintained his economic status along with fame due to his effort and hard works as a journalist.

There is no doubt that his revenue is more than average. His economy is large scale media and allocating information from several sources as of 2018 it is found out that Jay Onrait estimated net worth is around a million dollar.

In 2010, he was nominated for a Gemini Award in 2010. He was also the winner of “Best Sportscaster” award, for his efficiency and excellent performance on Sportscentre in 2011.