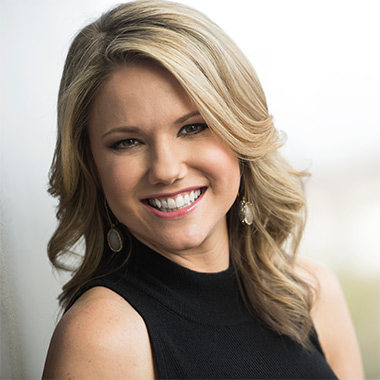 Jaymee Sire is an American television host, sportscaster, and blogger who is best known for her stint at ESPN. Additionally, she was named the new floor reporter for Iron Chef Showdown, on July 25, 2017, which will air in the 4th quarter of 2017 on Food Network.

Jaymee Sire who runs her own food blog, “E is for Eat” is a married woman. She tied the knot with  Jeff Rosenberg. Furthermore, her net worth in 2019 is approximately $1.5 million.

Jaymee Sire has an estimated net worth over $1.5 million as of 2019. According to the source, her annuals income is estimated $0.5 million.

With a tremendous net worth and salary, she is living a lavish lifestyle.

Charming Jaymee Sire is married to Jeff Rosenberg, the president of the Tri-Star productions.

According to her public profile, Sire, who is one of the most searched celebrities on the internet does not have any children so far. Self-proclaimed as a foodie, Sire has her own food blog. There is also a variety of sandwich which is named after her called the Jaymee Sirewich.

Jaymee Sire, who is considered as one of the sexiest sports anchors has an earned her name in the world of broadcasting. Her net worth and salary are not yet mentioned by any source. She is active on various social networking sites such as Twitter, Instagram, Facebook and so on.

Jaymee Sire was born on 25 August 1980 in Great Falls, Montana, the United States to Wendy (mother) and Dennis Sire (father). She had a great interest in watching sports from her childhood.

Jaymee Sire completed her graduation from the Edward R. Murrow School of Communication, which was affiliated with the Washington State University. During her time at the University, she worked as a reporter as well as a news anchor for WSU Cable 8. She was also an active member of the Kappa Delta sorority. Sire was also selected for the post of president from the year 2000 till 2001.

Jaymee Sire’s professional career as a news and sports anchor/reporter actually started back in 2002 through the KRTV (CBS) which was situated in her hometown, Great Falls. She joined the giant television network ESPN in the year 2013.

Before joining the ESPN television network she worked at the Comcast Sports Net Bay Area as a reporter as well as an anchor. She also worked as a reporter for the famous games Giants Post Game Live and the Giants Pre-Game Live. Likewise, she had worked as a sideline reporter in the Oakland A’s, San Jose Sharks games and the Golden State Warriors.

In 2011, Jaymee Sire self-produced and hosted a show called ‘A Day in the Life: Tim Lincecum’, which was telecasted by the Comcast Sports Net, after joining the network in 2008. Prior to this, she worked as a sports reporter for the KFMB-TV (CBS) in San Diego for about five years.

From the year 2005 till 2006, she worked as a sideline reporter for the KFMB’s at the San Diego Chargers which was a preseason broadcast.

In 2007, she received the Pacific Southwest Emmy Award for Best Sports Story while at KFMB and the RTNA Golden Mike Award (South California) for Best Sports Feature Reporting in 2004. Sire was awarded a San Francisco/Northern California Emmy Award in 2009 for All A’s: A’s in Japan Show, the show was aired on CSN.