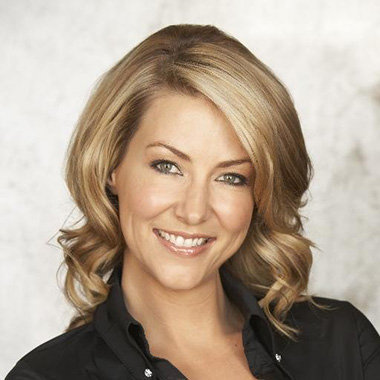 Jaynie Seal who has gained name and fame as an Australian television presenter, host, health worker and dance promoter belongs to Australian nationality. With a bold personality, Seal has made a strong position in Australian Media and considered as one of the bold TV presenters in Australia. Jaynie Seal was born on May 18 in 1973 in Australia and is working as a regular fixture on Nine Network’s Mornings, where she presents about parenting and family health.

During her childhood, Jaynie Seal had an interest in dance and started to dance since the age of two which indicates that her passion for the entertainment industry developed early. She completed her school from David Atkins Dynamite Studios with a Diploma in performing Arts. She opened her own dance school after completing schooling and represented various musicals and stage production across Australia and globe.

At the starting of The Weather Channel subscription, Jaynie Seal was signed as the very first presenter for the channel where she developed her passion for weather and LIVE television. She moved to Nine network from The Weather and served there as a Weather Presenter for seven g years. During her days in Nine, she hosted various event and program such as Sydney Children’s Hospital, The Gold Week and Jazz in the domain as an MC and appeared on a number of shows for Nine. Having been concerned about the children’s health, Seal recently completed her studies in nutrition and she is currently working as an ambassador for the Sydney Children’s hospital, DanceAbility, and The mother’s Day Classic and regularly appears on the morning show of Nine networks “Mornings”.

Her career as a presenter started when she developed a passion for weather and live television being a part of the Weather Channel. In 2004 she started to work for Nine Network for National Nine News, Nine Morning News and Nine Afternoon News as a weather presenter. During her career as a presenter, she worked for other various networks including The Footy show, Today, Abbamania, Hole in the Wall, Fresh, and Keri-Anne. She again joined Sky News Weather channel in 2012 as a weather presenter. Along with her job on Sky News, she is currently working in field children’s health, promoting a fun and a healthy lifestyle for kids.

Previously, Jaynie Seal got engaged with radio executive Mark Shaw and they got married. But due to personal issues, their relationship didn’t work well and it ended up with divorce. After break up with Mark, Seal found another man in her life Ed Philips, television and radio presenter. After a long term relationship with Philips, they separated in 2012.

Currently, Jaynie Seal is staying single and resides with her two handsome boys Hayden and Remy. The Beautiful versatile presenter can turn down any man with her bold personality. Being health conscious, Seal has worked well to maintain her body figure. She might have a height of 5’5’’ and weigh 65 Kg but there is no any authenticate information about her body measurement. Being silent about her earning and net worth, she has not revealed any information about her economic status.