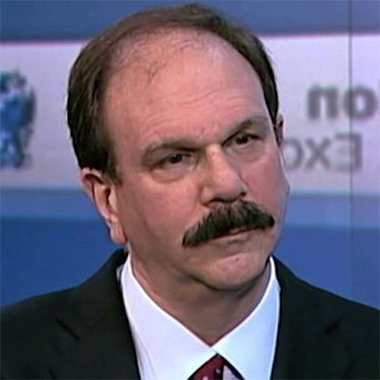 Jeffrey H. Birnbaum, often known as Jeff Birnbaum is an American Journalist, political contributor and television commentator who has experience of working with various networks including Washington Post, Washington Times and Fox News. He has also made his identity as an award-winning author and the president of BGR Public Relations.

Born on 1955, Jeff Birnbaum has gained name and fame in American media. He was born in Scranton, Pennsylvania. Talking about his education, he graduated from University of Pennsylvania as an English Major in 1977.  His confidence, dedication and his graduate degree have helped him to secure position in Ameican media as an analyst and political contributor. He has been served The Washington Times as a columnist and has also worked as editor of online.

During his career in The Washington post, Jeff Birnbaum specialized in covering the connection of business and government emphasizing politics. He had also served Fortune’s sister publication, Time as a senior political correspondent. He joined Time in 1995, prior to that he had been working in The Wall Street Journal for 16 years and served as White House correspondent for The Wall Street Journal. During his tenure in The Wall Street Journal, he won the Aldo Beckman Award for Excellence for his work while covering the presidency in 1994. He has also been nominated as “Washington’s 50 best and most influential journalists.”

In 2004, Jeff Birnbaum joined The Washington Post and worked there as a columnist till 2008 and then he moved to Washington Times where he worked as Managing Editor of Digital in 2008. In January 2010, he left his job in the network and started to work in the firm. He started to work in lobbying firm Barbour, Griffith, and Rogers.

While talking about his writing career, Jeff Birnbaum has authored four books. In 1988, his first book was Showdown at Gucci Gulch won the American Political Science Association’s coveted Carey McWilliams Award. He gained name and fame as an author of his popular book “The Lobbyists” and another book “The Madhouse”. Birnbaum has not stopped moving his pen, recently he has published a book named “The Money Men: The Real Story of Fundraising Influence on Political Power in America. Mostly his books talk about the interconnection between politics, business, and government.

During his career, Jeff Birnbaum observations and research were highly appreciated by his peers. Each presentation of Birnbaum gives a firsthand account of expertise. In his presentation, he covers interconnection of business and politics and national politics emphasizing on Congress, lobbying, the White House and presidential campaigns. Currently, he runs a firm that represents a variety of corporations.

Coming to his personal life, Jeff Birnbaum is married and has three children. He has not opened his mouth much while talking about his personal matters. Till date, any official page of Birnbaum could be found in any social media. Birnbaum looks gentle and matured with his black dark mustache and might have been in affairs with different women but there is no any authenticate source to reveal about his past relationships and affairs.