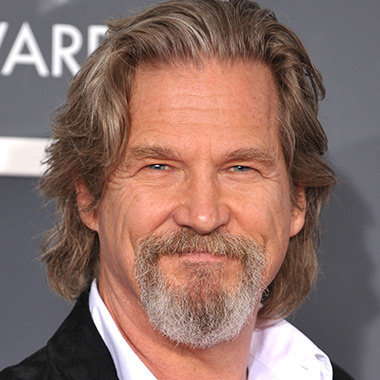 Jeff Bridges (b name Jeffery Leon “Jeff” Bridges) is one of the sensational and terrific American actors. Having a multiple profession and talent, he served himself an actor, singer, and producer. Coming from the filmy family background, he started his career from Sea Hunt released in the year 1958 with his father Lloyd and brother Beau Bridges. Besides, he is best to reckon for this extraordinary performance in Crazy Heart. The Last Picture Show, Thunderbolt and Lightfoot, Starman, The Contender, True Grit, Tron, Jagged Edge, The Fabulous Baker Boys, The Fisher King, Fearless, The Big Lebowski, Iron Man, The Giver and much more.

Born in the year 1949, December 4 in Los Angeles, California, Jeff Bridges  represent himself as the son of actor Lloyd Bridges and author Dorothy Bridges. Growing up in close relationship with his brother, he graduated from University High School in the year 1967. Later, he moved to New York City and studied acting at Herbert Berghof Studio. Though he appeared in on-screen as a child artist at the age of two, he came alive with his father series Sea Hunt.

Appearing in a number of movies, Jeff Bridges  has given huge hits. Some of his hit movies who has set records in the box office are Fat City, Bad Company, The Last American Hero, Thunderbolt and Lightfoot, King Kong, Winter Kills, Crazy Heart, Tron: Legacy, Seventh Son, The Little Prince and much more. Besides, he has also released three studio albums named Be Here Soon, Jeff Bridges, and Sleeping Tapes. Similarly, he is the author of the book The Due and The Zen Master and has always shown deep interest in photography. He released his photography book entitled Picture: Photographs by Jeff Bridges in the year 2003. In the contrary, he has successfully handled the job of Narrator to different shows and TV program. Though his actual net worth is unknown, but it’s for sure, he has huge jaw breaking amount of net worth.

While highlighting some of the pleasures moments from his personal life, Jeff Bridges  has been a happy man for all his life. Despite a number of proposals and approaches in the past, he fell in love with Susan Geston. The couple first met in the film shoot of Rancho Deluxe. The couple tied their wedding knot in the year 1977 and share three children with each other. Isabelle Annie born in 1981, Jessica Lily born in 1983 and Hayley Roselouise born in 1985, Jeff is also blessed with a wonderful granddaughter named Grace born in 2011 from Isabelle.

Besides, he is a tall man, though a lot of information is not available, however, Jeff Bridges has been a handsome man in the past. Currently, he looks best in his white mustache and long gray hair. Looking at his appearances, we can assume that he might have the height of 6 feet 1 inch. Jeff in his early life has studied Buddhism and has practiced in his life too. Before he brings his work, he will be doing half an hour meditation, and we just wondered how can he give a perfect shot. He has learned and practice Transcendental Meditation for a long time. Besides, his success, he is actively involved in Humanitarian efforts. In late 1984, he and other film industry personalities jointly founded the End Hunger Network organization in order to end the situation of child hunger. He is a strong supporter of President Obama’s End Childhood Hunger campaigns held in 2015.