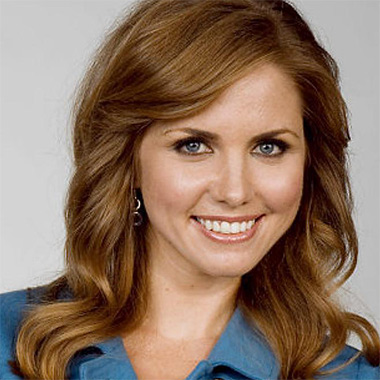 Jenna Lee was born on May 30, 1980, in San Francisco, California U.S. Her full name is Jennifer Anne Lee. She is a famous American anchor and journalist. Her father name is Bob Lee. He used to be a college football quarterback at the University of Pacific in Stockton, California. Her brother name is Zac. For the Seattle Seahawks, he signed a free agent backup quarterback. He previously played for 2010 season for the University of Nebraska. Her grandfather name is Paul Kern Lee. He worked for Associated Press in San Francisco as a war correspondent.

Jena attended University of California, Santa Barbara and graduated from there in 2002 with a Bachelor of Arts in English. She also studied at Global & International Studies with emphasis on politics and socioeconomics. She is a graduate of Columbia University holding Master of Science degree in Journalism. During 1999 season she also played Women’s Softball at UC Santa Barbara.

On October 15, 2007, she with Nicole Petallides became the first two anchors on air when Fox Business News made its debut. She as a news anchor and reporter worked for Forbes.com before joining FBN. During her work there she interviewed many personalities like leaders in the business community on set and in the field. She while interviewing covered multiple beats which also includes investing, the leisure industry. She tried to get the job in television but unfortunately she was rejected many times while she was still working at Forbes. She was also quoted in a New York Daily News story. She later was seen working on Sky News in the UK. While working there she updated viewers on the state of US economy, broadcasting live from Fox Business News studio. She also was seen on Fox Business from San Francisco and London and is based in New York City.

She also worked discussing the stock markets on CBS Early Show in 2008 and 2009. On February 9 20099 she started hosting Fox Business News Live on foxbusiness.com. She later broadcasted on September 25, 2009. She also contributed the television show Inside Edition. She also appeared on FBN show Money for Breakfast every weekday morning. She there updates news and also has hosted the show. She also contributed Daily Beast. On October 5, 2009, she appeared on a new web based show on foxbusiness.com airing from 6-9 am eastern. With a photo spread, she was seen in September 2009 edition of Cosmopolitan. She said that she is introverted and unremarkable during an interview with MarketWatch and AskMen. She was also listed number 75 on the Ask Men list of Top 99 Women of the World in October 2009. She also appeared in the film Wall Street 2: Money Never Sleeps.

Lee got married to B. Leif Babin on July 3, 2011. He is a Navy SEAL Officer. She graduated from Monsignor Kelly Catholic High School in Beaumont,