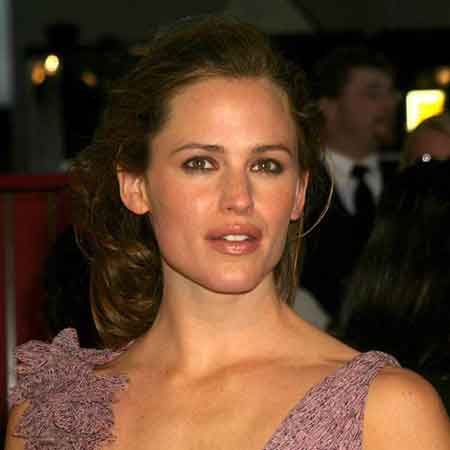 Jennifer Garner is an American actress widely known for her supporting role in Pearl Harbor. Garner was married twice and had three children from her marital relationships.

But both of her marriages ended up with a divorce. Her first wedding was with Scott Foley and second with Ben Affleck. Moreover, Garner also dated Michael Vartan from 2003 to 2004.

Jennifer Garner was born on 17th April 1972, in Houston, Texas, United States. Her father William John Garner was an engineer and mother Patricia Ann a homemaker. At the age of three Garner moved to Charleston, West Virginia along with her family.

In 1994, Garner graduated from Denison University with a Bachelor of Fine Arts degree in theater performance.

Jennifer Garner made her acting debut through the series Danielle Steel’s Zoya in 1995. She then starred in series such as Law & Order, Spin City, Felicity etc. Garner starred alongside Bradley Cooper, Melissa George, Rachel Nichols, and others.

Similarly, she made her movie debut through In Harm’s Way in 1997. The same year she further starred in Deconstructing Harry, Washington Square, and Mr. Magoo. In 2019, Garner will be starring in the movie Wonder Park.

Jennifer Garner is a divorced woman. Garner was previously married twice and had three children from her marital relationships. Garner married her first husband Scott Foley on 19th October 2000, at a home ceremony.

However, the couple failed to continue their relationship and separated in March 2003. Garner filed a divorce with her spouse in May 2003, citing irreconcilable differences. Their divorce was finalized on 30th March 2004.

Likewise, Garner exchanged her vows with her second husband Ben Affleck on 29th June 2005. Their wedding was held in a private Turks and Caicos ceremony. The couple is blessed with three children. In 2005, the pair welcomed their first child, a daughter Violet Affleck.

Similarly, Garner gave birth to their second child, a daughter Seraphina Rose Elizabeth Affleck in 2009. Furthermore, their third child, a son Samuel Garner Affleck was born in 2013. However, in June 2015, Garner and per partner Ben announced their separation.

Both the couple filed legal documents in April 2017, for joint physical and legal custody of their children. But in August 2018, the husband and wife settled their divorce. However, their divorce settlement is yet to be finalized.

Other than this, Garner further dated Michael Vartan after her divorce from the first husband. The pair began dating in 2003 but it lasted for short and separated in the mid-2004.

The talented and renowned actress Jennifer Garner stands the height of  5 feet 8 inches i.e. 1.73 m tall and weighs 61 kg. Similarly, she has the body measurements of 34-27-35 inches.

Jennifer Garner earns a good sum of money in her career. Allocating information from several sources as of 2018, it is found out that Jennifer Garner has an estimated net worth of $40 Million. Garner’s main source of income is through her acting career. She has starred in several movies and television series.

Garner has maintained a lavish and luxurious lifestyle. Analyzing her hard work and dedication, her net worth is sure to be increased in upcoming days.