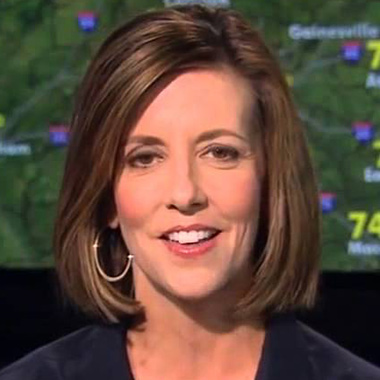 Jennifer Lopez is a well-known American on-camera meteorologist who was born at St. Augustine, Florida, United States. She currently works for WSB-TV situated in Atlanta. She also have worked for other channels like Georgia and also The Weather Channel.  Lopez attended Marquette University acquiring Bachelor of Science degree in telecommunications. She also gained Bachelor of Science in Meteorology degree from Florida State University.

Since 1997, she started her career as a meteorologist working at WTLV-TV which is located at Jacksonville, Florida. Later in 2000 she then joined The Weather Channel. Until 2008, she did hard work and stayed there. After leaving the channel she started working at KXAS-TV which is in Dallas, Texas. In 2012 after working there for about 4 years she left the channel. In April 2013 she again rejoined The Weather Channel.

Jennifer then joined The Weather Channel in May 2000 as on-camera meteorologist. She have a great personality and is talent of presenting her skills towards the audience. Her audience loved her when she used to come on-air. She also became the co-host of PM Edition which was called as Evening Edition during that time. Discussing her career as a meteorologist she spoke at the 15th Annual Working Women’s Survival Show in March 2002.

In 2008 she left the channel. She then joined KXAS-TV in Dallas, Texas and became the weekend morning on-camera meteorologist in June 2008.After a nationwide search, Jennifer replaced Rebecca Miller who worked there for more than 17 years.She used to work as a weekend meteorologist for WTLV-TV in Jacksonville, Florida in September 1997.She did her beginning of the career in that channel. Then at WPTV-TV in West Palm Beach, Florida she worked as a weather producer and also weekend meteorologist.

She was also awarded with Lone Star Emmy Awards for the morning news program for KXAS i.e. NBC 5 Today in 2009.She also took part at Spokes for Hope charity event in November 2010.She there helped for building the bicycles for underprivileged children. In March 2012 she left KXAS. Rejoining The Weather Channel on April 20, 2013 as weather updater during taped programming and also on-camera meteorologist in the program titled Weather Center Live. The show was one of the famous show among the viewers. Holding seal of approval in television, she is also the member of American Meteorological Society (AMS).

Lopez is happily married to her husband. Her husband is a Southwest Airlines pilot. The couple is blessed with two beautiful and lovely daughters. She has a loving and caring husband as he supports her in her career. They are living a very happy life as there is no sign of separation or divorce is filed. She likes to keep her personal life secret so there is no much information about her in the sites.