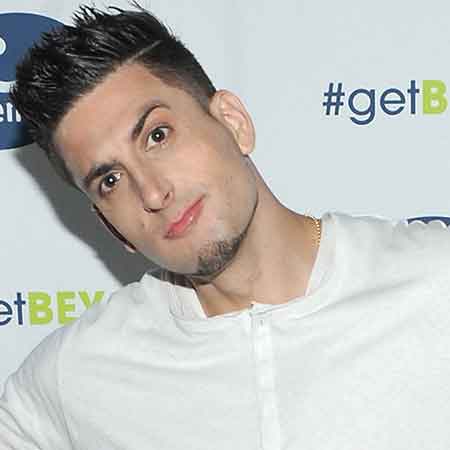 Jesse Wellens is a popular YouTube vlogger who has created a channel named PrankvsPrank in a collaboration with his ex-girlfriend Jeana Smith.

Wellens was previously married when he served in the army but later divorced. Wellens further owns two other channels including BFvsGF and self-titled channel. Wellens has won two awards including  Streamy Award and Shorty Award.

Jesse Wellens was born on 25th September 1982, in Riverton, New Jersey, United States. His birth name is Jesse Michael Wellens. His parents are Stella Wellens and Steve Wellens. He belongs to an American nationality.

Wellens grew up along with his sister Candice Wellens and a half-brother Anthony Wellens. He often shares earlier photos of him with his mom and dad on Instagram.

Before starting his career as a YouTube vlogger, Jesse Wellens served in US Army Air Force. Wellens served in the army for six years and was further deployed in Iraq. In 2009, Wellens created his YouTube channel entitled PrankvsPrank in a collaboration with ex-girlfriend Jeana Smith.

Since then, Wellens shared numbers of prank videos on his channel. However, after his breakup with Jeana, he alone runs the channel. On the other hand, Wellens further owns the other two channels including BFvsGF and self-titled channel.

Previously, Jesse Wellens was married while he was serving in US Army.  But his married life didn’t last long and finally divorced. From his marriage, Wellens didn’t have any children.

After that, Wellens was in a relationship with a YouTube vlogger Jeana Smith. Wellens began dating his ex-girlfriend Jeana in 2005. In a collaboration, the couple created a YouTube channel entitled PrankvsPrank. They often shared prank videos on the channel.

However, the couple failed to continue their relationship and separated after dating for eleven years in May 2016. After that, Wellens was rumored to be in a relationship with Kristina Askerova. But Wellens denied the rumors.

Jesse Wellens, aged 35 stands the height of 5 feet 11 inches i.e. 1.80m tall and weighs 75 Kg. Wellens always has a unique haircut. Wellens has a tattoo on his left hand which he made in the memory of his mother.

The tattoo was made by Guinness World Record holder tattoo artist Kat Von D. Moreover, he further has a tattoo of a star on his chest.

Wellens is living a lavish and standard life. He has a German Shephard worth $800 – $2000. Wellens still shares numerous videos on his YouTube channel. Looking at his hard work, Wellens’s net worth will surely increase in upcoming days.

Allocating information from several sources as of 2018, it is found out that Jesse Wellens has an estimated net worth of $5 million.