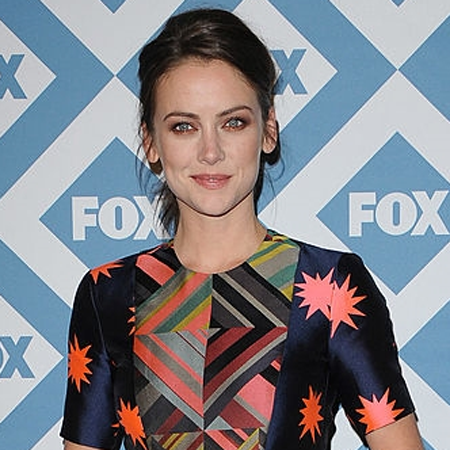 Jessica Stroup is an American actress. She is well known for playing the role of Erin Silver in the American teen drama television series 90210. She is also considered as a scream queen for starring in the horror films like Prom Night, Vampire Bats, Left in Darkness, and The Hills Have Eyes 2.

Currently, Jessica Stroup’s relationship status is possible to single, but in the past, she dated to Dustin Milligan from 2008 to 2010.

Jessica Leigh Stroup was born on 23rd October 1986, to Judith and Don Stroup in Anderson, South Carolina, USA. Her father, Don Stroup is a senior vice president at MUFG Union Bank whereas her mother Judith is a former Miss North Carolina.

Jessica Stroup has a brother, Dave Stroup, who is a film editor by profession. Growing up in Lexington, South Carolina, Jessica Stroup got her first job at the Hollister when she was 15 years old.

At the age of 17, Jessica Stroup received a scholarship to attend the University of Georgia but denied it to pursue an acting career. She then moved to Los Angeles and took acting classes and received both modeling and acting offers.

Jessica Stroup began her acting career in 2005 where she played the guest-starring role of Fredericka in the American teen sitcom Unfabulous. At the same years, she played the role of Eden in the 2005 TV film Vampire Bats.

On the set of Vampire Bats: Nina’s Soap Bubble Box

In 2007, Jessica Stroup was selected for the TV series Grey’s Anatomy as Jillian Miller. From 2007 to 2008, she played the role of Cady Hansen on the TV series Reaper. Jessica Stroup’s role was limited, but her acting was much appreciated which she got her notable role in the films such as The Hills Have Eyes II, This Christmas, and Structure H Telepathic in 2007.

As a Jillian Miller:

Though Jessica Stroup did many small projects, her big break came when Stroup was cast as a regular series on 90210, a reboot of the Golden Globe Award-nominated series Beverly Hills, 90210 from 2008 to 2013. In the series, Jessica Stroup played the role of high school student Erin Silver.

As an Erin Silver:

From 2014 to 2015, she played the main role of Max Hardy in the TV series The Following. Currently, Jessica Stroup portrays Joy Meachum in Iron Fist since 2017.

As a Joy Meachum:

Beautiful and talented actress, Jessica Stroup is an unmarried woman till now. But in the past, she was in a relationship with the handsome Canadian actor Dustin Milligan.

The former couple began to date each other in the year 2008, but their relationship did not work out and separated in 2010. Since then, she is enjoying her single life.

In her spare time, Jessica loves to enjoy hanging out with friends and family, watching movies, playing volleyball and listening to music.

Being a scream queen actress, Jessica Stroup has appeared in numerous films and series. Moreover, her money-making roles have been her main castings on 90210 and The Following.

However, Jessica Stroup also earned from other movies and series like Zoey 101, Grey’s Anatomy, True Blood and voicing a character on Family Guy. Throughout her successful acting career, Jessica Stroup collected a net worth of $3 million.