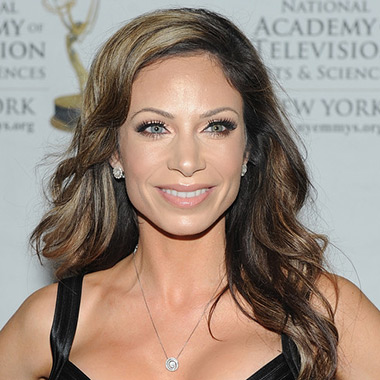 Jill Nicolini was born on January 10 1978 in Farmingville, New York. She is an illustrious actress, reality TV show participant and model. She currently works on CBC 2 News This Morning on WCBS-TV as a traffic reporter in New York City. She also have the experience in anchoring, modelling and acting. Jill follows Roman Catholic Religion and is American of white ethnic background. She attended Sachem South High School and was graduated in 1996.She then joined Stony Brook University but only for a year. She was eager in her acting career. In 1997 she joined WBLI Radio in Long Island. She then joined Suffolk County Community College and got the Associates Degree in Television/Radio Broadcasting in 2000. She then started working on Bachelor’s Degree in communication arts at New York Institute of Technology.

Taking the work parallel she started reporting at LI News Tonight. She then next year became an area announcer for the New York Islanders. She was also one of the dancer for New York Dragons Arena Football Team. After that she became traffic reporter at Long Island’s Metro & Traffic and also News 12/Long Island. She competed at Miss Long Island in 2002 when she was 24 years old. She eventually won the title. Later the contest organizer found that she had posed for Playboy Fall 2001 College Girls Special Edition under the name Jill Nikki. The organizers felt it immoral and due to which she surrendered her crown.

She later got her Masters in Communication Arts degree in 2003.In the same year she took part in Married by America which is a reality television show. She won the competition but didn’t have married. She was declared to become a Pussycat Doll in August 2006.She used to be model and was also live-action model for Vampirella in 2001 before her profession as reporter. Previously she earned her living as she got small roles in the films. She also had a role in TV shows like Sex and the City and Law & Order. In 2009 action movie she got the role in the movie Breaking Point as Veronica Taylor. She is also to be playing as the character Ms. Giannetti in the Drama, Family and Comedy movie Annie in 2014. Jill is working as the Traffic/Entertainment Anchor at PIX11 Morning News since 2004.She while working have interviewed many top celebrities of the entertainment industry.

She also once worked as fill-in anchor. In 2009 and 2010 she spent her holidays with her co-host in Iraq while she was working at WPIX. In 2010 she spent her holidays in Norfolk, Virginia where she reported live and also reunited the sailors to their family. She is also a charity person. She have donated in numerous of charity programs like Little Shelter Animal Rescue and also The Arthritis Foundation.

She then as Entertainment Reporter joined WNYW Fox 5 in 2011.She then worked as a traffic reporter and also fill-in host on Live from the Couch on WLNY TV in 2013. She is also the winner of Miss Long Island title in 2002.In 2003 she won reality show Married by America. Due to her acting skills she was nominated for Emmy Awards three times. She have won many awards like East Hanover Italian American Society, NJ State PBA, John Theissen Children’s Foundation, Italian American Police Society, and The National Council of Colombia Association of Civil Service. She also won award at Suffolk Community college Broadcasters Association and Autism Speaks.