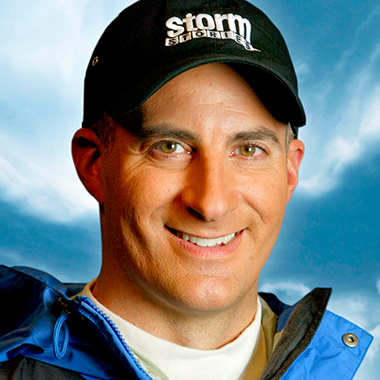 Jim Cantore was born on Feburary 16, 1964 in the native Beacon Falls,Connecticut,United States. But  he was raised in White River Junction situated  in Vermont.He is a famous American meteorologist.He is mainly famous  as he is an on- air personality for The Weather Channel.His birth name is James D. “Jim” Cantore. He was lucky to have supportive family.During his early days he was not interfered on his decisions. He was interested in journalism sector form his early days. He studied at Lyndon State College and graduated in 1986.Everyone used to call her Rocky in his college days because of his looks.

During his college period he got his first job in The Weather Channel in July 1986.He always used to cover the report of the natural disasters like hurricanes,tornados etc which happened in United States.Due to his he was also known as Hurricane hunter.He is one of the top meterologist to cover the devastating weather casualties.He came to known by his coverage of five hurricanes likke Andrews.He also have reported disastrous weather events like Floyd, Rita, Gustav, Isabel, Mitch, Irene, Bonnie and Sandy. He got the chance of reporting Winter X games and also PGA tournaments which is also his one of achievements.He also became the part of the promising launch,Space Shuttle Discovery.

In 2002 he was awarded with the prestigious award NOAA.He is also one of the member of National Weather Association and had his name bestowed at AMS television seal of Approval.He is also the member of American Meterological Society.He got the membership due to his contribution in the field of landscapes,weather reporting. Cantore is also the active memmber of many humanitarian programs who helps the people all around the world.He is also engaged in Make a Wish Foundation.

He also contributed by giving his beneficiaries to Michael J Fox Foundation.He is famous for giving his income for the research and also for the cure of Parkinson’s disease to be carried out effectively.He was involved in this diseases because his family were possessed by it.He is also the member of United States Red Cross due to his continuous effort and support to humanitarian programs.In 2011 he was also appreciated by different countries for Katrina.

About his personal relationship, he got married to Tamara Cantore. They first met each other at TWC during their first job. The couple has got two children. Their daughter’s name is Christina who was born in 1993.After the two years of her daughter born they gave birth to their second child Ben in 1995. They were a very happy family until his beloved wife was diagnosed with Parkinson’s disease. He was also rumored to be gay by the public. But the rumored has not been proved yet. Later in 2007, the couple got divorced with each other.His other professional and public information has not been publically shown as he likes to keep his information secret.