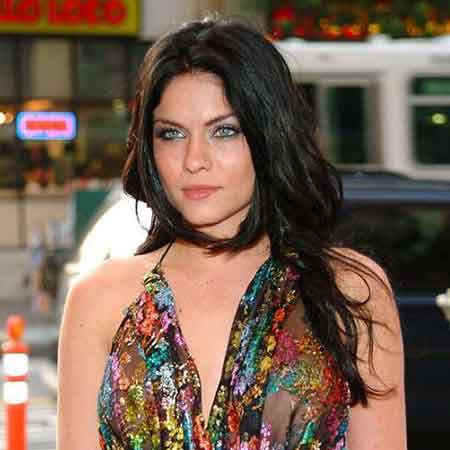 An American actress as well as a model, Jodi Lyn O’Keefe is known for her portrayal role of Cassidy Bridges in an American television police drama, Nash Bridges. Moreover, she is further known for her roles as Gretchen Morgan in Prison Break and as Josette “Jo” Laughlin in The Vampire Diaries.

Jodi Lyn O’Keefe was born on 10th October 1978, in Cliffwood Beach, New Jersey, United States. Her mother Noreen O’Keefe was a homemaker and father Jack O’Keefe a  director of labor relations for Merck. Lyn grew up along with her siblings Heather O’Keefe and Jenna O’Keefe.

At the age of 8, Jodi Lyn O’Keefe began modeling career working for a Jeans company. However, Lyn left her high school to appear in 1995 series Another World and portrayed the role of Maggie Cory #4. Likewise, her other television appearances include,

Since 2014, Lyn currently appears on the series Hit The Floor as Lionel Davenport. Likewise, Lyn made her movie debut through Halloween H20: 20 Years Later in 1998. Her other movie roles are in,

Although Jodi Lyn O’Keefe has gained a huge success in her professional life, she has failed several times in her love life. Well, Lyn is not married yet and is currently single. However, she previously dated several celebrities.

In 1995, Lyn was romantically linked with an American actor, Al Santos but they soon separated. Likewise, she dated Don Johnson in 1997 and again failed to continue her relationship. Lyn next dated an actor Jaime Gomez in 1998.

Lyn began dating an American actor John Cusack in 2003. But after dating for six years the couple separated in 2009. The reason behind their separation was Cusack’s commitment issues. As Cusack was not ready to tie the knot.

Jodi Lyn O’Keefe began her acting career since her young age. Up to now, Lyn has starred in numerous movies and television series through which she has earned a good sum of money.

Allocating information from several sources as of 2018 it is found out that Lyn current estimated net worth is around $5 million.