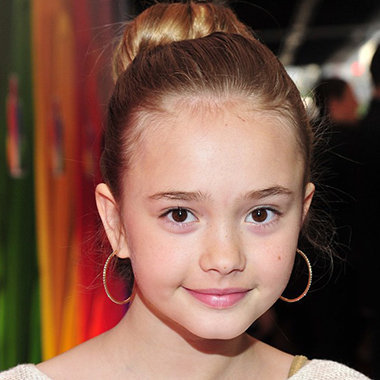 “I really liked the script because I have always been interested in supernatural powers,” Johnny Sequoyah tells about her role in NBC thriller Believe.

You might not have heard about a child prodigy Johnny Sequoyah before she appeared all over billboards for the new NBC thriller, BELIEVE. Johnny Sequoyah Friedberg, often known as Johnny Sequoyah is an American-born children actress who has been best known for her role as Bo Adams on series Believe. Sequoyah was born on October 25, 2002, as a daughter of Russell Friedenberg and Heather. Her father Russell is a film director which helped her to start her career in Hollywood.

Born and raised in Boise, Idaho, Johnny Sequoyah was introduced to acting when she was eight years old. Grown up with director father, Sequoyah got a chance to observe acting very closely at the early age. She lived in Tehran for a year. She played the role of a spiritual character in Believe. In an interview, she said that she had lived in the various haunted house and had spoken the various language when she spoke and that helped her more to justice spiritual role. Having many experiences of spiritual, she finds her role in Believe quite familiar. Currently studying in grade six, Sequoyah has mentioned that they had treated spiritual power with a stage in Los Angeles.

Johnny Sequoyah has two brothers, one is 18 years old and 24 years old and her one brother is getting married soon. She managed to nail her second audition that she appeared for Believe. Panel from Believe wanted to see her screaming so that she can play the role of Bo Adams well. She got a ticket to New York after her video of screaming was appreciated by the team and met director Alfonso Cuaron in New York.

Starting her career from 2011, Johnny Sequoyah has appeared in more than half dozen of the film. She started her career from Family Game Night in 2011. Her second appearance can be seen in Ass Backwards which was released in 2013. In 2014 she played a role in I Believe in Unicorns and on same year she appeared in NBC series Believe that took her acting career to next level. She was well appreciated for her role in Believe. Child prodigy Sequoyah then got a chance to appear in Wind Walkers and Among Ravens. Her father was director of both series. She also appeared in Black Eyed Dog in 2014. She has shown her strong appearance on various series, Hollywood more from her in future.

Currently, Johnny Sequoyah lives in Los Angeles with her family. While asking about her favorite actors she said she is a fan of Jennifer Lawrence and she loved new HUNGER GAMES movie. Besides acting she has an interest in dance and makeup artists and in an interview she has given clue that people might see her as a makeup artist in future. She is still not mature enough to be in a relationship but having a beautiful face she might probably be able to attract many men in future. Her cute photos can be seen in various social media such as twitter, Instagram, and facebook