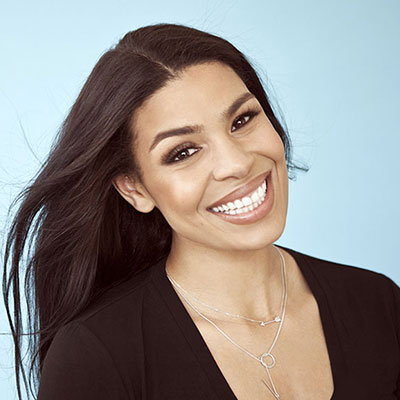 Jordin Sparks is an American singer, songwriter, and actress who became famous after winning the sixth season of American Idol. She is the youngest winner in the show’s history; winning the title at age of 17. Sparks has since released three studio albums and acted in various movies.

The singer is married to boyfriend and model Dana Isaiah since 2017. She is pregnant with their first baby who is due in the spring. The couple is joyous to welcome their new baby with the pregnancy almost coming to an end. To know more about Jordin Sparks’ life, career, net worth, cars, relationships, houses; keep scrolling.

Jordin Sparks was born on December 22, 1989, in Phoenix, Arizona to parents Jodi Sparks and Phillippi Sparks; a former professional football player. Her nationality is American. As for her ethnic background, she is a mixed child. Her father is African-American whereas her mother is Caucasian. Furthermore, Sparks is a Christian.

Sparks grew up in the suburbs of Ridgewood, New Jersey. She attended Northwest Community Christian School in Phoenix through eighth grade and later went to Sandra Day O’Connor High School until 2006. She was then homeschooled by her grandmother Pam Wiedmann so that she could focus on her singing.

Sparks auditioned twice for the sixth season of American Idol once in Los Angeles and the second in Arizona. She earned the gold ticket in her second try for American Idol. She had already gained a fanbase calling themselves Sparkbugs while performing at American Idol. Sparks won the show on May 23, 2007.

Since Sparks’ win in 2007, she has returned to American Idol six times. After winning the show, Sparks released a self-titled EP consisting of four songs including the coronation son song This is My Now. The song peaked at number fifteen on the Billboard Hot 100. Sparks then signed to 19 Recording/Jive Records.

Sparks performed at the at the Commander-in-Chief’s Inaugural Ball hosted by President Barack Obama on January 20, 2009. Furthermore, Sparks suffered from vocal cord hemorrhaging due to overuse of her vocal cords in April 2009. She had to stay in vocal rest for a month. She went on to release her second studio album named Battlefield on July 21, 2009. Furthermore, Sparks opened for Alicia Keys‘ tour. Sparks also went on her first tour in the United States for her album.

Sparks brought out her third studio album entitled Right Here Right Now in 2015 with Louder Than Life record company after splitting from RCA records. Her third album was much awaited and was delayed due to her acting jobs and label changes. Sparks collaborated with various artists including her then-boyfriend Jason Derulo in between the album release. She also released her EP #Bye Felica.

Sparks made her debut in acting with The Suite Life on Deck in 2009. Since then she has acted in various movies like Sparkle, Dear Secret Santa, Left Behind and many more. Sparks has also appeared on many TV shows including CSI: Crime Scene Investigation, Big Time Rush, Brain Surge. The singer also performed the Broadway musical In the Heights in 2010.

Sparks outstanding performance has won various awards. Some of them are listed below

The singer is a married woman. She tied the knot with her boyfriend and model Dana Isaiah on 16 July 2017. They started dating in early 2017. The two must have connected instantly since they eloped a few months later. The couple announced that they were expecting their first baby in November 2017. The baby is due in spring. The couple is in a loving relationship and excited to welcome the new addition to their family.

Before, being in a relationship with Isaiah, Sparks was dating rapper Sage the Gemini. They were together for about a year from 2015 to 2016. However, due to trust issues, the couple separated. Prior to this Sparks was in a long-term relationship with Jason Derulo which lasted three years from 2011 till 2014. They reportedly broke up due to Jason’s infidelity and their busy schedules.

Nevertheless, Sparks is now happy with her husband. She looks very radiant and the pregnancy glow definitely suits her. The pregnancy term is almost over for the couple and they are very excited.

Jordin Sparks has an estimated net worth of $8 million. Her income is sourced from her music sales, acting jobs, and business endeavors. She has released three fragrances. She earned $3 million in the year 2011.

Furthermore, Sparks listed her Hollywood Hills house for $1.85 million. The house is laid in an area of 2509 square feet and has an open plan design. The house features a swimming pool with a view of the Hollywood sign and canyons.

As for cars, Sparks owns a Jeep Rubicon Unlimited which is priced at $32,440. Before this, the singer was gifted $40,000 BMW by ex-boyfriend Jason Derulo which she returned back.

Aside, the singer is still in her 20s. She is a very talented artist. Right now she is busy with her pregnancy but perhaps she will put out new music soon.