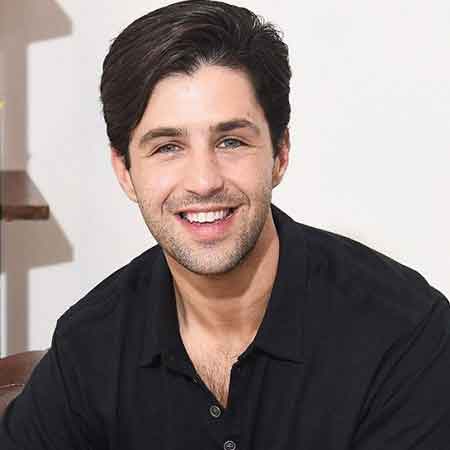 An Independent Spirit Awards winner, Josh Peck is an American actor, voice actor, a comedian as well as a YouTube personality. He is widely known for his portrayal role as Josh Nichols in the sitcom, Drake & Josh.

Josh Peck was born on 10th November 1986, in Hell’s Kitchen, New York City, New York, in the United States as Joshua Michael Peck. At the time of his birth, his parents weren’t married and further Peck never met his biological father. Peck was raised by his mother Barbara, a career coach, and her maternal grandmother.

During his childhood, Peck had asthma so he often stayed indoors watching old sitcoms. At the age of eight, Peck got inspired to become involved in stand-up comedy. Peck attended the P.S. 40 and The Professional Performing Arts School.

Initially, Josh Peck appeared at TDA! Youth Theater and further performed stand-up comedy for Audrey Hepburn foundation of Caroline’s Comedy Club. In 2000, Peck made his movie debut through Snow Day portraying the role of Wayne Alworth. The same year, he further starred in the movie, The Newcomers.

Furthermore, Peck appeared in regularly in The Amanda Show, All That. In 2004, Peck starred in the movie Mean Creek as George Tooney and won an Independent Spirit Awards. Likewise, his other notable roles are; Red Dawn, The Timber etc.

Peck’s breakthrough came after, he portrayed the role of Josh Nichols in the live-action sitcom, Drake & Josh. He appeared in the regular sitcom from 2004 to 2007 and for his role, Peck won a 2008 UK Kids’ Choice Awards. Currently, Peck gives the voice of Casey Jones in an animated series, Teenage Mutant Ninja Turtles since 2013.

The 31 years old actor, Josh Peck is married to his long-term girlfriend, Paige O’Brien. The couple shared their vows in June 2017. They dated for several years before getting married.

Although the couple is already married, they do not have any kids yet. Furthermore, they haven’t mentioned any plans of having kids too. The duo is living a happy married life and they often share pictures of each other on their Instagram.

Peck and Paige have maintained a peaceful and silent relationship and they haven’t faced any rumors of divorce. Besides this, Peck hasn’t dated any other girls in past too.

One of the renowned actors, Josh Peck earns a good sum of money from his multiple profession. Since long Peck is still active in the field of acting and till date, he has starred in numerous movies and television series. As of now, Peck has an estimated net worth of $2.5 million.