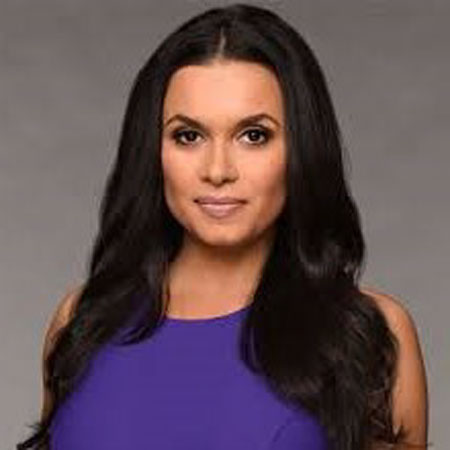 Joy Allison Taylor a.k.a. Joy Taylor is an American radio personality and TV host who is currently the news update anchor on Fox Sports 1’s The Herd with Colin Cowherd. Previously, she was the moderator for Fox Sports 1’s studio show Skip and Shannon: Undisputed with commentators Shannon Sharpe and Skip Bayless.

Regarding her personal life, she was married to Richard Giannotti. After the divorce, she is engaged to former NBA player, Earl Watson. As of 2019, her net worth is estimated $1 million. To know everything in detail just scroll down.

As of 2019, Taylor’s salary is estimated over $300 thousand per annum. With a tremendous income, her current net worth is approximately $1 million.

Besides this, there is no information regarding real estate properties owned by her.

Joy Taylor, 31 was previously married to her longtime boyfriend Richard Giannotti. The duo tied the knot on February 13, 2016. Their wedding ceremony was celebrated at Biltmore Luxury Hotel, Miami.

However, Taylor and her husband could not carry their relationship well and ended up divorcing each other just after a year of their marriage.

After graduation, talented Joy worked three years at 790 AM the Ticket as a producer. Afterward, she became co-host for 790 AM sports radio show named “The Ticket Morning Show”. In the same way, she also hosted the Fantasy Football and Thursday Night Live Today on CBSSports.com.

Joy gained a hosting experience after working several years for minor programs. In 2016, she made her first television appearance as a guest news reporter on Fox Sports 1’s show called “ The Herd with Colin Cowherd”.

Now, she has been promoted as the moderator for Fox Sports 1’s television show. Joy works for the show Skip and Shannon: Undisputed along with Commentators Shannon Shape and Skip Bayless.

Joy Allison Taylor was born on January 17, 1987, in Pittsburgh, Pennsylvania to American parents. Likewise, she grew up along with her brother named Jason Taylor who is a former NFL defensive end.

Joy completed her education from Barry University with a Bachelor of Arts Degree in Broadcast Communication in 2009. During that time, she hosted the radio show “The Noise” and also served as the manager for Barry University’s radio station “ WBRY 1640 AM”.