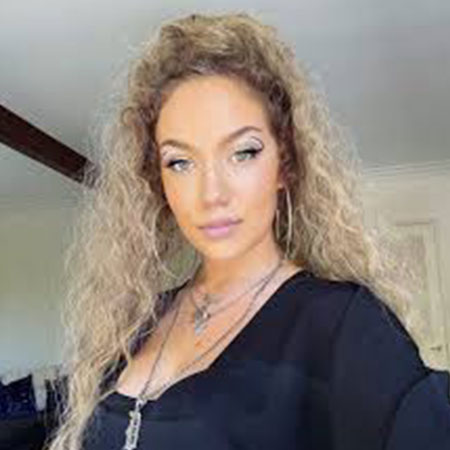 An American actress, singer, songwriter, and model Jude Demorest is better known for portraying the role of Candace in 2014 television series Dallas. Currently, she appears in the series Star as Star Davis.

Demorest is the co-writer of the songs including Work from Home and Down. Demorest tied the knot with a music producer and songwriter Joshua Coleman.

Jude Demorest was born on 11th March 1992, in Detroit, Michigan, the United States as Claire Jude Demorest in a religious family. In an interview, Demorest mentioned that she grew up in a church and learned singing, dancing, drama, and choir rehearsal.

Furthermore, the Pastor of the church had started a performing-arts school which helped Demorest and other children to show their talents. Later at the age of 16, Demorest moved to Los Angeles for pursuing her career acting career.

Along with her acting career, Demorest further worked as a singer and a backup dancer. During that time, she sang for the  Epic Records under the guidance of producer L. D Reid.

In the starting, Jude Demorest worked as a singer and backup dancer. However, in 2009, Demorest made her first acting debut through the television series History of Made up Things as Whitney. Similarly, she appeared in one episode of 2010 series Jonas as Andrea.

Moreover, Demorest portrayed the role of Andrea in 2012, series Hollywood Heights. Likewise, in the same year, she made her movie debut through The Ghastly Love of Johnny X as Mickey O’Flynn Groupie. Well, Demorest came to fame in 2014, after portraying the role of Candace in the series Dallas.

Demorest further starred in the television series including Bipolar as Sarah in 2014. Moreover, in the same year, she also appeared in The Middle as Samantha. In the same way, Demorest currently appears on the series Star as Star Davis since 2016.

Besides her acting career, Demorest has also co-written and sung several songs along with Fifth Harmony and Brooke Candy. She is the co-writer and singer of 2016 song entitled Work from Home and Nasty. In the same way, Demorest has co-written the 2017 song Down.

Along with her successful career, Jude Demorest has a successful married life too. She is married to her long-term boyfriend, a music producer, and songwriter Joshua Coleman. The duo shared vows in June 2016. Although they are already married, the couple does not have any children yet.

Moreover, the couple hasn’t mentioned any plans for having children. However, the couple is still together and are living happily without facing any rumors of divorce. Besides this, there are no any records of her past affairs.

Jude earns a good sum of money in her career. She is a multi-professional Jude Demorest earns a decent amount of money from her acting, singing and dancing career. Demorest has starred in several movies till date and has further sung several songs too.

Additionally, Jude also receives a decent amount of money from her modeling career as an endorsement. She is often seen spending her vacations with friends and husband in new places. Allocating information from several sources as of 2018 it is found out that Jude Demorest’s net worth is around million dollar.