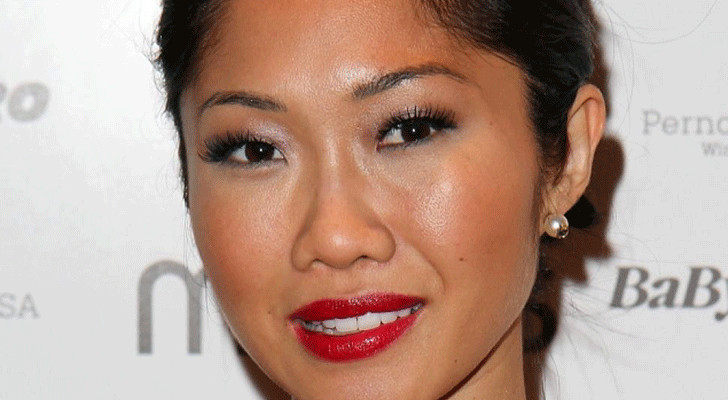 South Korea born Julie Chang introduces herself as an Entertainment Anchor for Good Day LA & FOX 11 Morning News on KTTV in Los Angeles. She has been working with station since November 2012. She had also been associated with 5PM/10PM news as entertainment anchor. In June 2008, she started to work for the morning show Good Day New York and shifted to the evening newscasts in October 2011. She also had worked as a feature reporter on CW11 Morning News, WPIX.

Born on South Korea, Chang lived in South Korea till she was nine years old. When she became nine years old, she moved to Ann Arbor, Michigan. After staying in United States for six years, her parents moved back to Korea and Chang remained in United States along with her older sisters. She completed her high school education from United States and earned B.A. in economics from the University of Michigan. After completing her study in University of Michigan, she went to Oxford, England and studied Environmental Studies at Oxford University.

“Dear extra fat in my body, you have 2 potions: Make your way to my boobs or Get The Fuck Out”

Previously, she worked in a bank and was pursuing career in banking before she got her calling in 2000 after travelling at sea. She travelled around the various parts of the world including Cuba, South Africa, Malaysia, Hong Kong, China, Japan, India, Vietnam and Kenya. During her sea tour she developed passion of story telling, which helped her to flourish her presentation skills.

During her tenure in WPIX, she worked as a reporter, covering both breaking and feature news. She was also host of CW11 Morning News segment “Truly Julie”. She appeared on the February 2007 issue of high fashion magazine W, she was photographed by Philip-Lorda diCorcia. Chang has also been featured in fashion magazine Lucky and lifestyle magazine New York Moves. She also made her appearance on a minor role in the 2011 feature film The Smurfs.

At the end of February 2008, she left her job at CW11 and moved to Fox 5 on June 16, 2008 which was located in New York and served the network till September 2012. Chang later started to work for sister station of WNYW, KTTV and she has been working as the Entertainment Anchor for Good Day LA & the Fox 11 Morning News. Chang took medical leave to cure a brain tumor in mid-November 2013 for three months and she returned from leave on January 2014.

There is no information on her marital status, relationship and past affairs. She has hidden her personal life from media nicely. Chang stands tall with height of 5’4’’ and she perfectly maintained body shape. Throughout her professional career, she has made net worth of $8million. Despite of having busy schedule, Chang prefers to interact with her audiences via social networking sites such as facbook, twitter and instagram. Chang has been source of inspiration for those you are struggling hard to maintain palce in entetainment business.