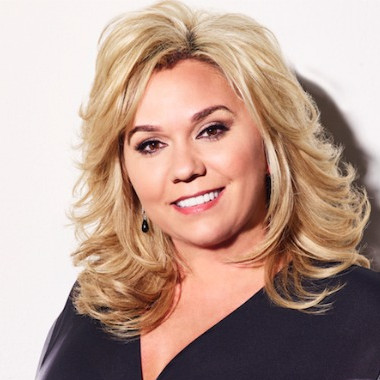 Julie Chrisley is an American television personality, best known for her appearance in the USA Network’s reality series “Chrisley Knows Best.” Julie is the second wife and also the business partner of her husband Todd Chrisley.

As of 2019, Julie Chrisley enjoys an impressive net worth over $3 million. Further, her annual salary is estimated to be $260,000. In addition, she is the second wife of the millionaire, Todd Chrisley. The family lives together in Roswell, Georgia, USA.

Allocating information from several sources as of 2019, it is found out that Julie Chrisley has an estimated net worth of $3 million, which she acquired through her career on Television.

You don’t want to miss: What is the net worth of The Curse Of Oak Island star Marty Lagina, in 2019?

Besides, her husband, Todd is one of the most successful real estate agents, whose major source of income is the acting career. Julie is living in a luxurious home in Roswell, Georgia, the USA along with her family.

Did you know The Chrisley family lives a very lavish lifestyle? They own a 30,000 square foot mansion and spends $300,000 per year on clothes. Although Julie and Todd are millionaires, they were part of rumors being in a financial crisis after Todd declared bankruptcy a few years ago.

Chrisley is the second wife of the millionaire, Todd Chrisley. Following his divorce from his first wife Teresa Terry, Todd married a heavily nine months pregnant Julie Chrisley on 25th May 1996.

Julie with her husband, Todd have three children together; Chase Chrisley, Grayson Chrisley, and Savannah Chrisley. She has two stepchildren; Kyle Chrisley and Lindsie Chrisley Campbell.

Further, the couple has been together for almost 20 years and still, they look as fresh as the new couple. There haven’t been any rumors regarding their separation and it seems that the family is having the time of their life.

She has a brother Harvey Hughes III, who reportedly committed suicide a the age of 25. Her father was a Baptist minister whereas her mother was a former Miss South Carolina.

The series is broadcasted on USA Network in the United States. Partly, to avoid complete bankruptcy. Chrisley’s accepted the offer, and they soon began the shooting of the show. The first episode was broadcasted on the 11th March 2014.

The show succeeded in drawing an audience of over 1 million viewers. The Chrisley’s officially signed a contract for two seasons. However, due to the positive reception, it had with the public, the show has been lengthened to the third season. The Chrisley family have become one of the most loved family by the USA public.

Their show continued to gather more than 1.5 million viewers for each episode. A reality TV show “Chrisley Knows Best” has put Julie and her family back on track as it has certainly increased her popularity and net worth as well.

The show features the lifestyle of Todd Chrisley and his family. It previously took place in Roswell, Alpharetta, Georgia, both near Atlanta. Currently, the show is in its fourth season, which was filmed mainly in Nashville, Tennessee.

Besides that, she has been preparing three meals a day for the last twenty years. Julie’s love of cooking began at a young age as she was surrounded by the best culinary traditions growing up in the South.

Blending her Southern roots, modern trends, and even adding in some pre-made goodness, Julie’s meals are truly the ultimate soul food.

Raising a large family has always had Julie in the kitchen. With so many hungry mouths to feed, it’s also fed her passion for cooking delicious, comforting, and memorable meals to enjoy together around the table.

As life gets so busy, nothing is better to Julie than taking the time to sit down with loved ones to share moments and make lasting memories.

And doing it over incredible food doesn’t hurt either! Along with using the highest quality and local ingredients, her special trick is always adding in some extra love. From creative casseroles to dreamlike desserts, there’s always something new and fun cooking in Julie Chrisley’s kitchen.

Julie was diagnosed with breast cancer in 2012. Her doctor discovered a malignant lump in her breast. After a series of diagnosis, she was cured via reconstructive surgery, mammogram and lately got a hysterectomy. After the diagnosis, Julie began investigating her best plan of action.

During her diagnosis period, she revealed:

It’s hard to believe that an estimated 2.8 million women in the U.S. have fought or are currently fighting against, breast cancer. This year alone, Rita Wilson, Shannen Doherty, and Sandra Lee have all shared their brave stories about their treatment and diagnosis. Once you’re diagnosed, it’s such a personal thing.

I have followed all these women,

“The more it’s talked about, the more men and women will know. There is no reason to keep it quiet; let’s talk about it. If it helps one person who was putting off getting that mammogram, then I feel like what I went through is not in vain at all.”

A source told Radar Online that the 41-year-old mother-of-five from Georgia, who appears on USA Network’s fly-on-the-wall show without a hair out of place, ‘is hardly the Southern belle she claims to be’ and is a ‘fake.’

Here are some interesting facts about Julie Chrisley!

One thought on “Julie Chrisley Biography”