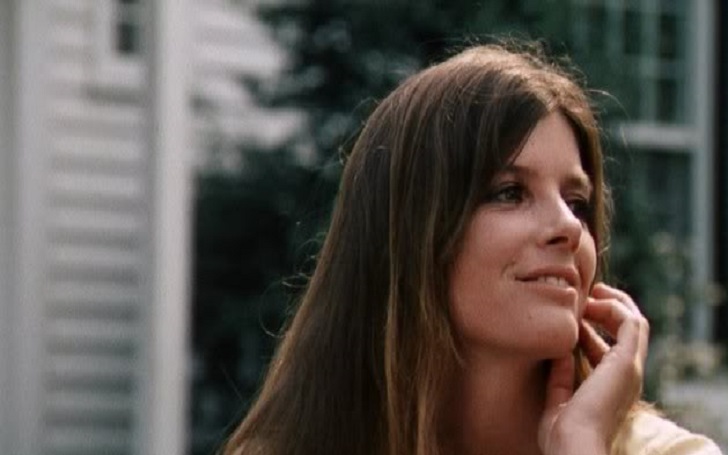 Multiple marriages are the way to lead the headlines in the community of Hollywood. However, many celebrities have struggled through an unsuccessful marriage in order to find the right person and here’s the celebrity Katharine Ross who is married 4 times in order to get her soul mate.

We also know that there is none another thing better than two romantic celebrity wedding. And here’s the two celebrity Katherine Ross and  Sam Elliot who are happy with their wedding.

Do you want to know more about the 72-year-old Sam and 77-year-old Katherine’s love story and further more about her past marriage? So, then let’s began.

You might know Sam Elliot. His slender physique, thick mustache and much more have led him to the roles as Cowboy and rancher. He is best-known for playing in the movie: Mask, Gettysburg, Tombstone, The Big Lebowski, Marvel, Hulk and  Ghost Rider.

[ CAPTION: Sam and Katharine in the movie The Legacy ][ SOURCE: Pinterest ]

After the 33 years of long relationship, the couple is living a happy married life with each other. They are blessed with one child named Cleo Cole Elliott. They already have turned older and there is no any doubt that their love will remain same until the end of their life.

[ CAPTION: Sam and Katharine together after 33 years of their rela ][ SOURCE: Pinterest ]

The above article was about Katharine’s love and married life with Sam. So with out any delay lets know about her past marriage. Let’s start with her first husband.

Joel Fabiani is an American film, television, and theater actor. He is famous for the British cult classic Department S. He is also known as guest Starring in Barnaby Jones, The FBI, The Street of San, Babacek, The Rock Files and much more.

Katherin and Joel tied a Knot in 1960 and after two years of their marriage, they were separated (1962). They haven’t revealed the reason for their split. Joel was her first husband now it’s time for her second husband.

After her separation from Joel, she met John Marion. They fell in love and decide to tie a knot in 1964 but unfortunately, they got separated soon after three years of their marriage.

Katherin met Conrad L. Hall who is the three times Oscar-winning cinematography, on the set of Butch Cassidy and the Sundance Kid and fell for each other and decide to get married in 1969.

After a certain year of their marriage, they got separated in 1973.

Katherin met Gaetano on the set of The Stepford Wives and their romance sparkled and started dating each other.

The couple ties a knot in 1975, but as always her marriage with Gaetano was again failed. They got a divorce in 1979.

She had faced four unsuccessful marriage and there is saying that love never fails but people fails in love but she never loses her self-confident.

And finally, she met Sam Elliott with whom she is in a long marriage relationship and is living a happily married life with each other.