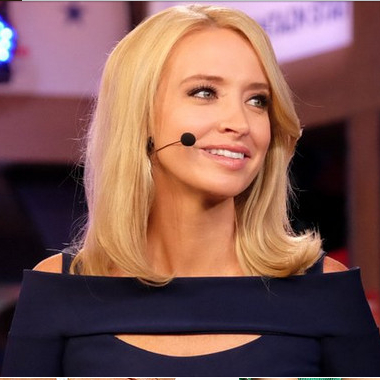 Kayleigh McEnany is an American political commentator and writer, who serves as the contributor for CNN. She is best known as a political analyst who frequently appears on CNN to support President Donald Trump during the 2016 presidential election.

Kayleigh McEnany was born on 18 April 1988, in Tampa, Florida, United States. Despite the fact that Kayleigh’s family is not interested or involved in political issues, she has a keen interest since her school days. She was a cheerleader and has volunteered for the 2004 Bush/Cheney presidential campaign.

Kayleigh went to Georgetown University’s  School of Foreign Service in Washington, DC, a program dedicated to humanitarian service through a rigorous educational module that incorporates a variety of themes in global affairs, Economics, government, Philosophy, History,  Theology, Geography, and Literature.

Majoring in International Politics, McEnany interned on Capitol Hill with Congressman Adam Putnam. Before she left Georgetown for a year abroad at the University of Oxford in England, UK, she also gave an internship at The White House during the Bush administration in the Office of Media Affairs, where she wrote media briefings.

McEnany studied law at the University of Miami before she was transferred to Harvard University. In May 2016, she graduated from Harvard Law School and earned her Juris doctor with honor. She earned the Bruce J. Winick award for her excellence. Many professors gave a high regard in relation to her writing and critical thinking capability. 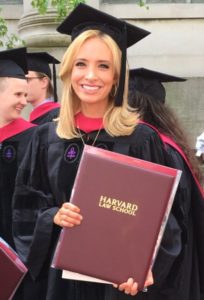 Following her graduation from Georgetown, McEnany started working as a producer for the Mike Huckabee Show, where she worked for three years. She says “Working for The Mike Huckabee Show afforded me a number of once-in-a-lifetime experiences.” She traveled to Israel and wrote questions for Huckabee’s interview with Israel’s Prime Minister Benjamin Netanyahu. She likewise produced interviews in London before the Royal Wedding in 2011.

On CNN, she is frequently called on to defend President Donald Trump, whom she supported during the 2016 presidential election. On 1 February 2016, she announced her endorsement of Donald Trump for president. 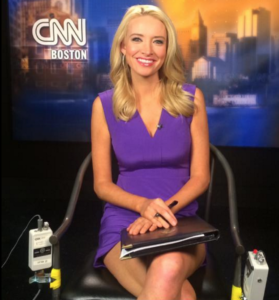 In February 2017, McEnany had a heated debate with Charles Blow, a New York Times columnist on CNN’s show, CNN Tonight with Don Lemon.

McEnany has made several television appearances on shows such as  Your World with Neil Cavuto, America Live with Megyn Kelly, Red Eye on Fox News, The Real Story with Gretchen Carlson, Varney & Co, and The Mike Huckabee Show.

Kayleigh McEnany is a major supporter of Trump’s reactionary politics. She is one of the conservative intellectuals who even went on to defend Melania Trump’s copied speech. It comes as no surprise that people who support Donald Trump receive a reasonable bit of backlash. 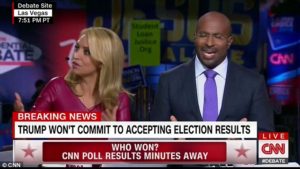 She is a Trumpian go-getter, and quite the character as well. She once cried during a live talk show on CNN for the way people talked about Trump. McEnany is as American as deep-fried apple pie and an extremely conservative and likes to discuss about liberals.

In 2011, McEnany carries a mutated breast cancer 1 (abbrev: BRCA1) gene and underwent a double mastectomy. In 2016, radio host Dana Loesch made a small controversy by mocking McEnany’s appearance, including her breast size, not knowing about her mastectomy.

Kayleigh McEnany has been dating Sean Gilmartin, a Baseball pitcher. The couple engaged on 14 Jul 2016 and is planning for marriage soon. She has not talked much to the media about her personal life including her earnings. Rather than her personal and love life, she is more popular being the true Trump Supporter. 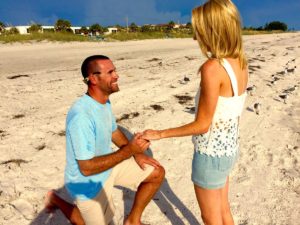 So far, no exact figure has been disclosed as far as McEnany’s net worth is concerned. Her rising career as a CNN commentator makes her salary range from $40,000 to a few million dollars yearly. In 2016, she made the list of the 50 sexiest conservatives in the United States.

After the beef with Angela Rye, she made a statement that the two made up and they’re great colleagues. She posts a photo of the two smiling for the camera just to prove it.

Her voice intonation, and the way she interrupts other analysts, especially black ones, is how she operates her position of specialist– these are all the things that make her ideal as a right-wing, republican political analyst for CNN.