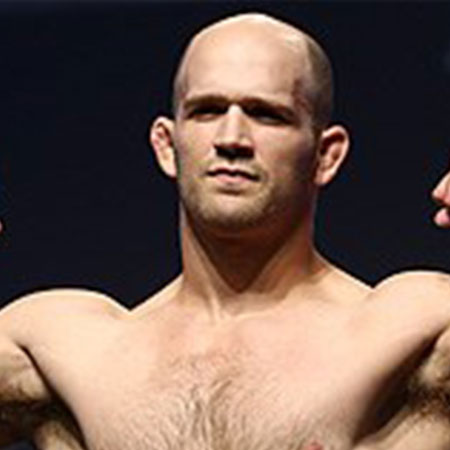 Keith Berish, an American mixed martial artist, currently competes in Middleweight division of Ultimate Fighting Championship. He is better known as Sha Bang Bang on the octagon ring. Berish has also fought in the Ring of Combat and Reality Fighting. He has a professional record of 5 wins and a loss.

The fighter is in a relationship with girlfriend Suzanna who is involved in Brazilian Jiu-Jitsu. From what we gather, the pair has been together since 2017. To know more about Berish’s life, education, career, relationships, dating life, net worth; keep scrolling.

Keith Berish was born on 14th of November 1985 in Poughkeepsie, New York. There is no information about his parents available. Regarding his nationality, he is an American. He was born under the sun sign Scorpio.

As for education, Bersih attended Ulster Community College. He served as a mechanical assembly before he proceeded with his MMA career after beginning training in 2000.