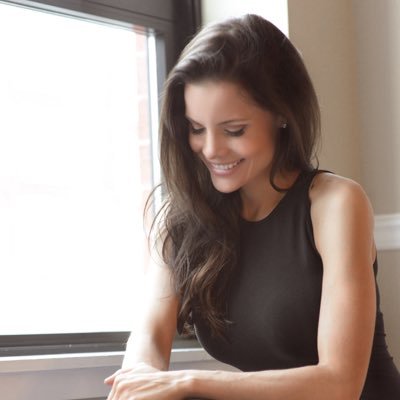 Kelly Nash is a television personality. She is well known for co-hosting an MLB Network daily show The Rundown with Matt Yallof.

Kelly Nash was born on 22nd October 1990, in the United States. She has two sisters named Kaitlyn, and Carolyn. Nash resides in Hoboken, N.J., traveling the five miles to MLB Network’s Secaucus studios.

Nash holds a busy schedule during the season and stays mindful of her dietary habits, but on the weekends, anything goes. “I do not care on the weekends. My go-to food is pizza with pepperoni or Hawaiian, Mexican would be my second go to. Anything greasy, I don’t care about calories.”

When Nash was growing up, she would always attend sporting events with her father. She always knew that she needed to be a journalist and had found motivation from Joan Lunden, former co-host of Good Morning America.

Then, she joined the ACC Digital Network as a production assistant and host. There she covered live report for Saturday sports pregame show “ACC Kickoff,” studio host of daily content including “ACC NOW” & sit-down interviews. She worked there from 2011 to 2013.

Then, she joined MLB Network as a host in March 2015. Currently, she appears weekdays as co-host on the net’s “The Rundown” and during the NHL season serves as a studio host for the NHL Network as well.

“It has been my dream since I was seven.” @HunterGreene17 talks with @KellyNash about being selected 2nd overall. @Reds #MLBDraft pic.twitter.com/Iuz2myf383

Started in April 2011, The Rundown reviews and previews each day in baseball, highlighting interviews with local correspondents, behind-the-scenes access to batting practice, highlights and look-ins to live games in progress.

The Rundown also gives updates on trade rumors, injury reports and more. The Rundown airs weekdays throughout the regular season at 2 p.m. ET.

Join @KellyNash for our countdown of the top plays of May at 12pE! #PlaysoftheMonth pic.twitter.com/o20MexZ2ZA

When she is not reporting, most weekends, she travels. She has a family in Florida, Alabama, Colorado. All the people she loves are based on those three states. So she just makes the rounds in the offseason traveling to see them. She is a really huge fan of spontaneous travel. She just got back from Atlanta. She met her sister and brother-in-law and three kids at the Georgia Aquarium.

In her spare time, she watches baseball all day long, from when she wakes up until “Sunday Night Baseball” is over. She watches all day like a psychopath. It’s the love of the game.

A couple of years ago, Fox Sports Florida reporter Kelly Nash posted a selfie of her posing on top of the Green Monster…with a batting practice baseball flying at her head.

Being a media personality, her relationship regarding her boyfriend/husband is still unknown to us.

Kelly Nash earns a goods amount of money in her career. She has a great name and fame in this field, and she is considered one of the sexiest journalist. She has worked in several TV stations as an anchor through which she receives a decent amount of money as salary.

Kelly Nash is surely living a luxurious life, and her most of income source hails from her journalism career. Allocating information from several sources as of 2018 it is found out that Kelly has an estimated Net Worth around a million dollar.