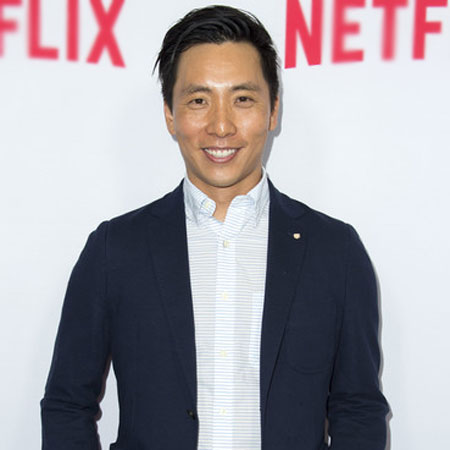 Kelvin Yu is a Taiwanese-American actor who is mainly known for his role as Freddy on the television series, Popular. He is also best perceived for playing a role of Brian Chang in the Netflix original series, Master of None.

Kelvin Yu was born in 1979, in Sunset Boulevard, California, to Yu Ming-Chuan and Lin Ling-Juan. He grew up in Los Angeles along with his brother, Charles Yu who is a writer.

The handsome Kelvin started acting at the age of thirteen. In the beginning, Kelvin played for theatre plays. With an intention of being an actor, Kelvin Yu joined the University of California, where he majored in theatre, television, and film.

After appearing in the multiple theatre plays, he made an appearance in the television series including Frasier, ER, Las Vegas, Without a Trace, CSI: Miami etc. In addition, he also worked with actors like Kelsey Grammer, Megan Cole, Nikki Cox, Robert Joy, Ellen Geer and so on.

Kelvin made a film debut in 2003 comedy, The Utopian Society portraying a role of Ken along with Sam Doumit, Austin Nicholas, Robert Romanus, etc. Later on, he appeared in the films, Elizabeth Town, and Grandma’s Boy. Moreover, he also played a supporting role in the 2008 Academy Award-Winning political drama, Milk.

Besides that, Kelvin starred in the short films such as Women’s Murder Club, My Prince-My Angel, and Fortune Hunter. He gained a huge attention from his new fans after appearing in the American comedy drama-series, Master of None as Braina Chang.

Currently, Kelvin works for the American animated sitcom, Bob’s Burgers as a writer. For that work, he was nominated for Emmy Awards with the rest of the writing teams. Furthermore, he won Annie Award along with his co-writer, Steven Davis for writing series, The Hauntening.

The 38 years old, Kelvin Yu has kept his personal life off the radar till date. Currently, he might be living a single life as there are no any hints of his love affairs on the internet. However, Kelvin is often seen with a woman, Nuna Kiyar at various events.

Instagram: Kelvin Yu and Nuna Kiyar with their friends;

Seeing their picture we can assume that, the couple might be dating each other. But till date, none of them have revealed about their relationship.

Kelvin collects a decent money from his acting and writing professions. Till date, he has appeared in the multiple television series and films including, Master of None, Elizabeth Town, Grandma’s Boy etc. which has increased his net worth.  Besides, he won Annie Award along with his co-writer, Steven Davis. As of 2017, his net worth is estimated at around $4 million.