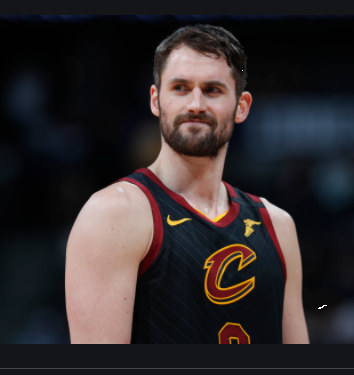 Five times All-star, Kevin Love is an American basketball player who is currently playing for the Cleveland Cavaliers of the NBA as a center/power forward. He was also the part of USA Men’s national team that won the gold medal at the 2010 FIBA World Championship and the 2012 Summer Olympics.

You don’t want to miss: Cleveland Cavaliers’ LeBron James’ Net Worth in 2019!

Previously, he played for Minnesota Timberwolves and as per sources, he earned more than $40 million from his six-year career (2008-2014) with Timberwolves.

In September 2015, Love bought a luxurious house in Bratenahl, Ohio for $1.25 million.

Apart from that, Love also signed a six-year endorsement contract with the Chinese shoe company ‘361 Degrees‘. He is also an investor in the lifestyle website ‘12society’. Love is also a style ambassador and campaign model for the Banana Republic.

Furthermore, Kevin Love owns a house in Bratenahl. He also has a luxury car collection of over $4million which consists of Audi, Bentley and many more.

Well, Love is a brilliant basketball player and he is still active in his career. We can expect his net worth to rise in upcoming days.

Kevin Love is currently in a relationship with SI Swimsuit model Kate Bock. The two have been dating since 2016. The couple looks happy together. They have shared some pictures of them together on their social media platforms.

Kate is based in New York where she works on her modeling projects whereas Love is playing for Cavaliers in Cleveland. The two have still managed to make their relationship work despite not living in the same state. Bock shared that the less distance between the states has made it easier for them to meet more often.

You may like: Former NBA Player Chris Webber’s Personal life, net worth, and career!

Apart from that, Kevin Love had past relationships with Cody Horn and Elise Novak. Elise Novak was Kevin’s college girlfriend and the two dated for more than six years.

It is not known when the basketball star will marry. Nevertheless, for now, he seems to be enjoying life with his current girlfriend.

Kevin Love began his career at the high school as he played for the Lake Oswego Lakers. He showed his proficiency as a basketball player from his early days. Love finished his high school career as the all-time leading scorer in Oregon boys’ basketball history with 2,628 points.

Later, Kevin joined UCLA where he played basketball for Bruins. At the end of 2007-2008 season, Love was named consensus first-team All-American, All-Pac-10.

Kevin began his NBA journey by playing for Minnesota Timberwolves. He was traded by Memphis Grizzlies. He was with the team for the first six years of his NBA career. Love recorded three triple-doubles while with the team.

On 23rd August 2014, Love was traded to the Cleveland Cavaliers. Love helped the Cavaliers win 2016 season by managing to get 9 points and 14 rebounds in Game 7. He plays alongside LeBron James and Tristan Thompson.

Kevin Wesley Love was born on 7th September 1988, in Santa Monica, California to mother Karen Love and father Stan Love. He has a brother named Collin and a sister named Emily. Love grew up in Lake Oswego, Oregon where he became a childhood friends with future fellow NBA star Klay Thompson.

Love was interested in basketball since he was a child. he would practice with cardboard box and study tapes of Wes Unseld. As for his education, he completed his high school education from Lake Oswego High School. Later, he graduated from UCLA. He played high school and college basketball as well before starting his professional career.