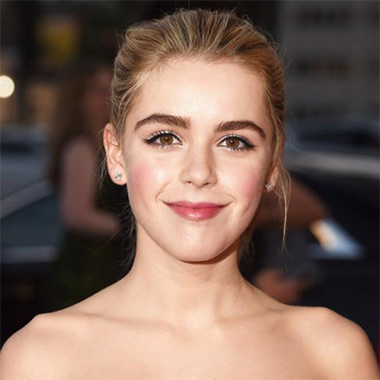 Kiernan Shipka is a very sweet and beautiful American actress. She is mainly known for playing on the series Mad Men as Sally Draper. She also did voice job in The Legend of Korra for the character Jinora.

Kiernan was born on November 10, 1999, in Chicago, Illinois, United States. Her full name is Kiernan Brennan Shipka. Her first name Kiernan means Son of a lord. She was born to John Young Shipka and Erin Ann. John is a real estate developer while her mother Erin is a one-time queen of Chicago’s St. Patrick’ day parade. Her mom is Irish. Since she was five years old she has been taking ballroom dancing classes. She with her family moved to Los Angeles, California to support her acting career.

“I certainly know quite a few kid actors, but I’m not really friends with them. They’re all very nice people, but I just don’t run in the same circles.”

Since she was a baby she has been doing commercial print modelling. She was highly praised by everyone for her performance in the series Mad Men. She was also upgraded to a series in the season four after two auditions. She also played in Flowers in the Attic as Cathy. It was premiered on January 18, 2014. Time Magazine named her as one of The 25 Most Influential Teens of 2014 in 2014. She became one of the youngest to interview on Inside the Actors Studio.

She loves playing golf cooking as it is her hobby as well. She enjoys watching the Food Network channel’s program Barefoot Contessa and Good Eats. According to her, Grace Kelly is her inspiration. She holds a black belt in taekwondo.