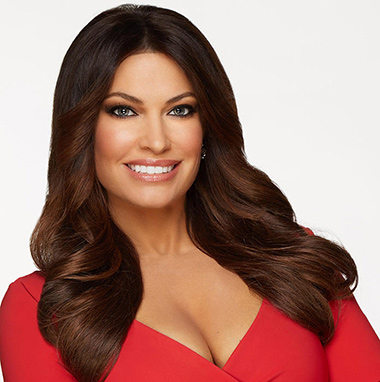 Kimberly Ann Guilfoyle is an American TV news personality and attorney who co-hosted The Five on Fox News before she left on July 20, 2018. Prior to television, she served as a prosecuting attorney in San Francisco and Los Angeles. Guilfoyle was married to Gavin Newsom from 2001 to 2006 and Eric Villency from 2006 to 2009).

The controversial news anchor Kimberly has an estimated net worth of $5 million dollars with an estimated salary of $840,500.

Kimberly Guilfoyle was born on March 9, 1969, in San Francisco. She is the second generation American cable news personality born to Puerto Rican mother Mercedes and Irish father Tony. She spent most of her childhood in Mission District and Westlake. When she was just 10 years old, her mother died of leukemia. She used to be a teacher who taught special education. Her father was an advisor to Mayor Newsom and also a real estate investor. Unfortunately, he also died in 2008.

Her birth name is Kimberly Ann Guilfoyle. Kimberly studied at Mercy High School. In 1994, she received her Juris Doctor from University of San Francisco School of Law. As a law student, she interned at the San Francisco district attorney’s office. She also modeled for local department stores, including Macy’s, and modeled Victoria’s Secret lingerie in a bridal magazine.

She also studied at Trinity College, Dublin in Ireland. While there, she published research in international children’s rights and European Economic Community law

As a District Attorney

She worked as the intern at San Francisco district attorney’s office while she was still in law school. She also did some modeling for department stores and also in a bridal magazine for Victoria’s Secret lingerie. She attended Trinity College, Dublin in Ireland. Kimberly started working as a prosecutor in San Francisco after her law school. Unfortunately, she lost her job when Terence Hallinan was elected as District Attorney in 1996. When she was elected she fired fourteen prosecutors in which she was listed too. She then worked as a Deputy District Attorney spending her four years in Los Angeles.

Youtube: 5 Things You Need to Know about Kimberly Guilfoyle

She there worked on adult and juvenile cases which also includes domestic violence, narcotics, robbery, sexual assault, kidnapping, homicide, and arson cases. Because of her dedication and hard work she was awarded several awards which also includes Prosecutor of the Month. Later Hallinan in San Francisco District Attorney’s Office re-hired her in 2000. From 2000 to 2004 she there worked as an Assistant District Attorney. Along with James Hammer in 2002 they earned a conviction while she was Assistant District Attorney. They earned it for People v. Noel and Knoller second-degree murder trial involving a dog mauling case which received international attention.

She then moved to New York in January 2004 to work for Court TV. She then served as the host of the program Both Sides. In February 2006 she joined Fox News Channel and started working there as the weekend show The Lineup host. Later the show Lineup was canceled. She now works as the co-host of the series Outnumbered and The Five. She is also regular on The O’Reilly Factor’s recurring segment “Is it Legal?”, Red Eye w/ Greg Gutfeld and at Hannity. She was also a weekly Thursday guest on Friends radio show and Brian Kilmeade’s Kilmeade.

In 2016, Guilfoyle was reported to serve as a press secretary for President Donald Trump; however, Sean Spicer was ultimately chosen.

Kimberly Guilfoyle was married to Gavin Newsom in 2001. In 2003 Gavin was elected mayor of San Francisco. Later something came wrong and they got divorced on February 28, 2006. She then got married to Eric Villency on May 27, 2006. The couple is blessed with a son named Ronan Anthony. They announced their separation in June 2009.

Kimberly was rumored of doing many surgeries like a fine line, dental surgery, breast enhancement and a nose job to catch people’s attention. She is 1.57 m tall. She has got sexy long legs which make men drool over them. She has colored her hair to light brown color. Her eyes are gorgeous and are in blue color. 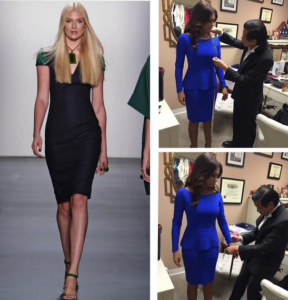 On 17 March 2017, Fox News host Kimberly Guilfoyle called to “KILL” rapper Snoop Dogg and Bow Wow. This incident happened when Kimberly was on air in response to Snoop Dogg new music video “Lavender,” where  Snoop mock-assassinates a clown version of Trump with a gun that unfurls a cartoonish “BANG” flag.

President Trump apparently responded with a tweet on Wednesday: “Can you imagine what the outcry would be if @SnoopDogg, failing career and all, had aimed and fired the gun at President Obama? Jail time!”

Kimberly thinks the Secret Service should pay rappers Snoop Dogg and Bow Wow a “visit” for their childish attacks on President Donald Trump. Rapper Bow Wow defended Snoop saying: “Ayo @realDonaldTrump shut your punk ass up talking shit about my uncle @SnoopDogg before we pimp your wife and make her work for us.”